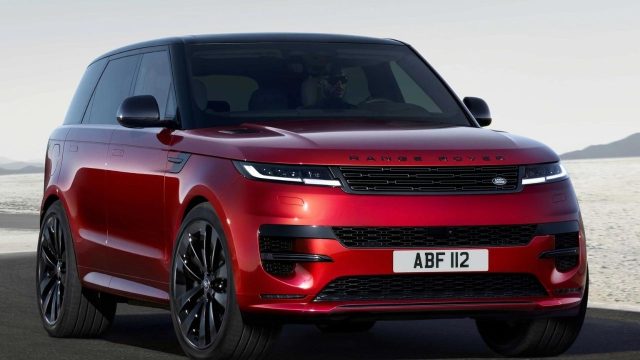 Land Rover has released details about the latest generation Range Rover Sport, one of its most important models.

The latest Range Rover Sport gets a new platform, which increases its driving dynamics, along with a higher price for stickers and a fully electric version that will arrive in 2024.

Range Rover Sport is one of Land Rover’s biggest profit engines due to its high price and strong sales. It was JLR’s second-largest seller in the first quarter after Land Rover Defender. Sales are well ahead of the largest Range Rover and Land Rover Discovery.

The Range Rover Sport range matches that of the new Range Rover which has just been released. The range includes two plug-in hybrids and a state-of-the-art twin-turbo V-8, as well as cheaper diesel and petrol models.

Read:  Bentley is actively working on its electric range: when production starts, how much does it cost?

The starting price is significantly higher than rivals such as the BMW X6, which starts at £ 65,740 in the UK and the Audi Q8, which costs £ 68,955. The price increase is higher than that of the Range Rover, which is 13% more expansive than the previous generation, reflecting the higher luxury ambitions that Jaguar Land Rover has for the Range Rover.

Land Rover said the move to the new platform meant the car was 35% stiffer than the previous model, helping it feel more dynamic on the road.

The design of the SUV is an evolution of the current generation, with short overhangs, thin headlights and hood.

The new model puts the details of the surface with hidden door handles, recessed windows and a laser-welded roof, which Land Rover says gives a more precise look.

Read:  Tom Holland, maybe the best Spider-Man of all time: the clip that shows you why the actor doesn't need to be dubbed by stuntmen

The cabin is familiar with the new Range Rover and uses the same 13.1-inch curved center touch screen with haptic feedback on the screen that informs users when the buttons have been pressed.

It uses the new Land Rover vehicle electrical architecture (EVA 2.0) which includes the ability to upgrade 63 electronic modules through the air.

The two plug-in hybrid versions have 38.2 kilowatt-hour batteries, larger than the 31.8 kWh package of the Range Rover equivalent.

They have a range of 113 km only with electricity, says Land Rover.

P510e Electric Hybrid and less powerful P440e have the same 3.0-liter, six-cylinder petrol engine and emit 18 grams per km of CO2, which means that both plug-in SUVs will play an important role in reducing the average value. of JLR CO2 emissions by helping the carmaker meet regulatory targets in markets such as Europe.