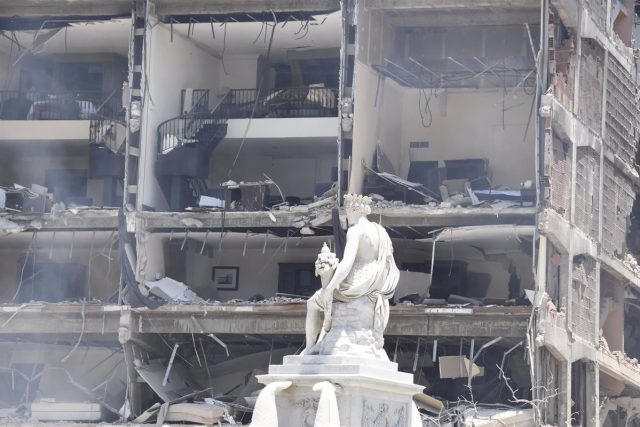 At least 42 people have died from the explosion that destroyed the Saratoga Hotel in the Cuban capital, Havana, on Friday, according to a new balance of victims offered by the Cuban Government’s Ministry of Public Health.

Thus, the health portfolio has reported this Tuesday morning (local time) that at least 96 people were injured in the explosion, 18 of the schools are still hospitalized, while 36 have been discharged.

Of those hospitalized, all Cuban citizens except for one Spaniard. In addition, four of those admitted are in serious condition, while one is in critical condition.

On the other hand, the rescue teams continue to work at the site and, this Tuesday, they managed to access the sub-basement area, according to the official Cubadebate news portal.

The authorities have not located any survivors since Friday of an explosion that has caused serious damage both in the hotel and in the adjacent areas, in the heart of Old Havana. According to the authorities, the incident occurred during the passage of gas from a truck parked next to the Hotel Saratoga.