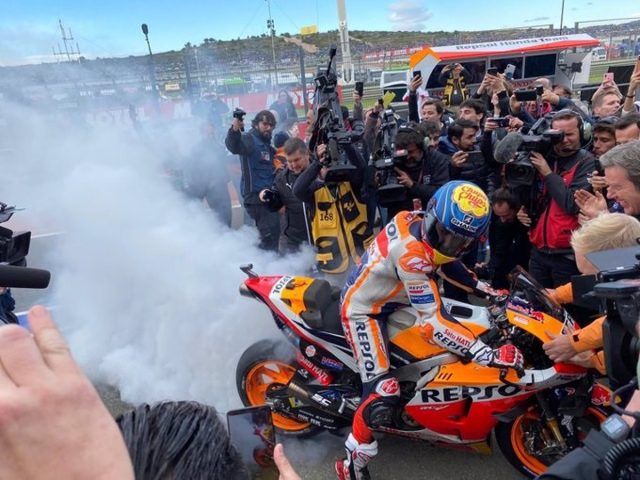 The Spanish ex-pilot Jorge Lorenzo, five times world champion, officially became a ‘Legend’ of the Motorcycle World Championship this Saturday, in a ceremony that took place taking advantage of the celebration at the Jerez-Ángel Nieto Circuit of the Spanish Grand Prix.

“Today I receive this ‘Legend’ award from Dorna and from Carmelo (Ezpeleta), who have always treated me so well, and this means even more than the Championship because all ‘Legends’ are great champions, but not all champions receive this recognition as ‘Legend'”, commented Lorenzo at a press conference.

The Balearic pilot was “very proud to be part of this incredible group” and “of these illustrious names”. “I feel extremely lucky and grateful to have the life I have thanks to MotoGP,” he confessed.

For his part, Carmelo Ezpeleta, CEO of Dorna, acknowledged that this was “a very, very special moment.” “I am happy that after this damn pandemic we are doing this with Jorge because it is something that we had promised him before and unfortunately we could not do it,” he added.

“Jorge has been something special for the World Cup. He started here in Jerez, the day after his birthday, when he was 15 years old, and he really is someone special. In my opinion, he is a fantastic person, he is very emotional, he is a friend, He is a person who tries to do his best every time he does something, and he is an incredible driver.”

The Catalan recalled that the Majorcan has been key to allowing them to “grow” as they do today. “He is one of the most important drivers in the history of the World Championship and I am very proud to give him this award,” he said.

The CEO of Dorna, Carmelo Ezpeleta, already announced at the time of the Mallorcan’s farewell in Valencia that he would enter this MotoGP Hall of Fame, but, due to the pandemic, this act was delayed until this weekend in the Cadiz layout where the last curve bears precisely his name.

Read:  Alberto Puig: "We weren't able to get the perfect set-up in Portimao"

Jorge Lorenzo is one of the most successful drivers of all time. He debuted his World Cup record in 2003 and added his last win, 68, 47 of them in the ‘queen’ category, in 2018 on a Ducati. After winning the 250cc titles with Aprilia in 2006 and 2007, he signed for Yahama to compete in MotoGP and with the Japanese factory he was crowned champion in 2010, 2012 and 2015 and added 44 wins. In 2017 he signed for Ducati, where he added another three victories, and in 2019 he moved to Repsol Honda where he was barely able to shine.