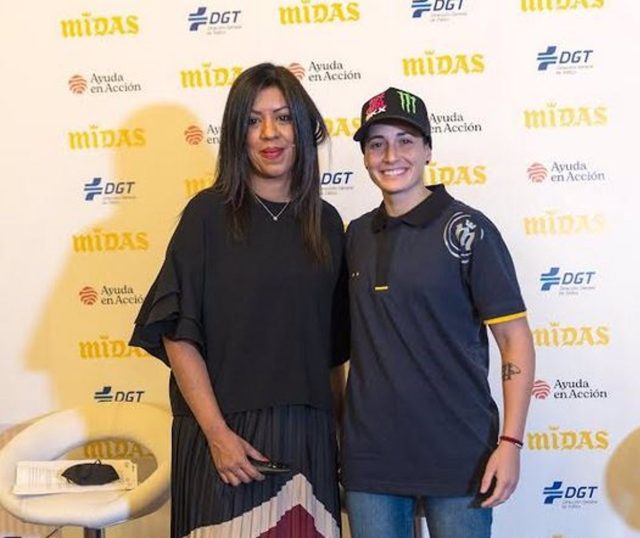 The Moto3 rider Ana Carrasco (KTM) acknowledges that before winning the Supersport 300 World Championship in 2018 she could not prove “to be competitive” due to the lack of opportunities”, at the same time that, in the year of her return to Moto3, she confesses being a “better rider” than when he went to Superbikes in 2015, although he admits to being “a little ‘green'” at the start of the season.

“For people to consider that you are a good driver, you have to achieve good results and show them. It is a bit of a fish that bites its tail, if you don’t have good material it is difficult to prove that you are a good driver, breaking that circle is difficult. In my case, not having had certain opportunities has not allowed me to break the circle and show that I was competitive. I don’t know if because I am a woman, my life has changed a lot as a result of winning the World Cup and they have given me many more opportunities,” Carrasco said in an interview with Europa Press after the presentation of the study #EllasConducen by Midas.

The Murcian does not feel like a role model and insists that she only works “to achieve” her goals. “I want to be the best possible pilot. But I am aware that I help others to arrive and the path is easier for them. The goal is that there will always be girls in the world championship,” she explains.

After leaving the Moto3 World Championship in 2015, for “not having the best materials”, Carrasco has returned this season with the BOE SKX team, although he admits that it had not “crossed his mind to return”. “I have had the opportunity to fight for the title for many years in Superbikes. I was very happy in Superbikes, with a team that was practically my family,” he says.

Read:  Marc Márquez: "I need a special feeling with the front end to go fast"

“I DIDN’T PLAN TO RETURN TO MOTO3, BUT I CAN TAKE ADVANTAGE OF IT”

“But this opportunity presented itself at the last moment, with a team that I already knew and helped me make the decision. I didn’t have good material or a good team, and now I’m a much better driver, it was hard to say no to such an opportunity.” , Add.

Although the rider reveals that she has been able to return to Moto3 every season since she decided to venture into the World Superbike Championship. “But it hadn’t been an opportunity that attracted me. In the end, this time getting to know the team, knowing that they were competitive and that the project was good, was what made me say yes. Obviously, I think I can be competitive, It was not an expected opportunity but I can take advantage of it well”, he assures with confidence.

“Today I am only focused on doing well, only what you have done in the last race is worth it. If I get good results I will have a thousand doors open for next year and be able to continue, and I think I can achieve it. Until be competitive in Moto3 I’m not going to think about continuing to climb”, he expresses about his future in the medium-long term in the MotoGP World Championship.

“I HAVE STARTED A LITTLE ‘GREEN,’ I AM NOT WHERE I WOULD LIKE TO BE”

After finishing 20th and 19th in the races in Qatar and Indonesia, Ana Carrasco confesses that she is “quite happy” with her start to the season. “It is true that I started the championship very late, I have had little time to do kilometers with the bike, it has been 7-8 years since I rode a Moto3”, she points out.

Read:  Alberto Puig: "Going from being very fast a month ago to this weekend is very difficult"

“I started a little ‘green’, but it is within what could happen, I am not where I would like to be, but we are trying to improve race by race. We have to use these first six races to pick up the pace and get closer to the others, who have been in the category for many years. Try to find my place for the end of the season,” he says.

“ENJOY THE WINNER, THE REST SUFFER”

And the KTM rider believes that “all the experience” that she has “been gaining in recent years” is helping her adapt more quickly, in “a new championship, with a new bike and a new category.” “We’d all like to win the first race, I need to adapt better, but we’re not far from getting pretty good results in the championship,” she asserts.

Very sure of his chances, Carrasco insists that, although he enjoys the mere fact of driving, he wants and likes to win. “The one who enjoys is the one who wins, the rest suffers. When you compete everything is based on results, if you do well you are happy and if it has not been a shitty weekend. I come from years that have been very good and I have enjoyed a lot,” he says.

Finally, and about the pressure for elite athletes, he accepts that “everyone” goes through “ups and downs” and “injuries” that can influence performance. “Luckily I’ve never had problems like that, I always try to be motivated and positive and go ahead and turn the situation around,” she concludes.