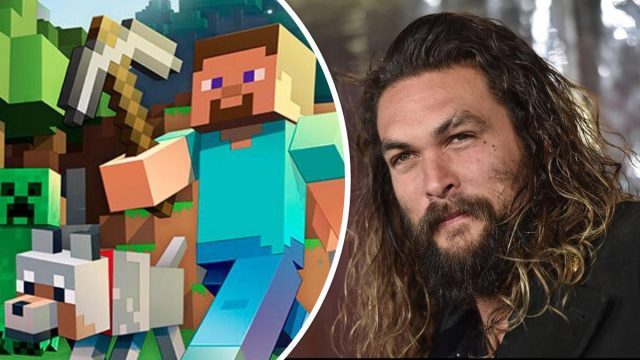 A movie version of Minecraft from Mojang Studio is slowly but surely taking shape. The good news is that Jason Momoa is “in the books”, the actor is currently in the contract negotiation stage.

Jason Momoa is currently in talks to star in a future film adaptation of the popular game in which you build worlds, according to an article signed by The Hollywood Reporter.

Although no contract has been signed yet, the possible introduction of Jason Momoa could mean that we will have a real blockbuster when the film is released, since any movie he plays turns, almost instantly, in one hit, in theaters.

Read:  What you can watch on Disney+ this Halloween: movies that are only good for "scaring you"

Warner Bros. The film was supposed to be released in March 2022, but was suspended due to pandemic production delays, THR reports. In fact, the small troubles the film faced preceded the Covid-19 pandemic; the director and screenwriters originally chosen to be part of the team left production in 2014 due to creative differences with Mojang.

It is unclear what role Jason Momoa will play in the film, as it is not yet known what elements of the 2011 game will appear in the film.

The story of the film, released by Mojang Studios in 2019, is quite simple: the Ender Dragon, the evil and malicious Dragon, makes interesting decisions, causing a girl, but also the members of her group of adventurers to embark on a journey to save Overworld of his anger ”.

It is easy to understand that fans should expect a lot of action. The movie Minecraft will most likely start production in 2023.