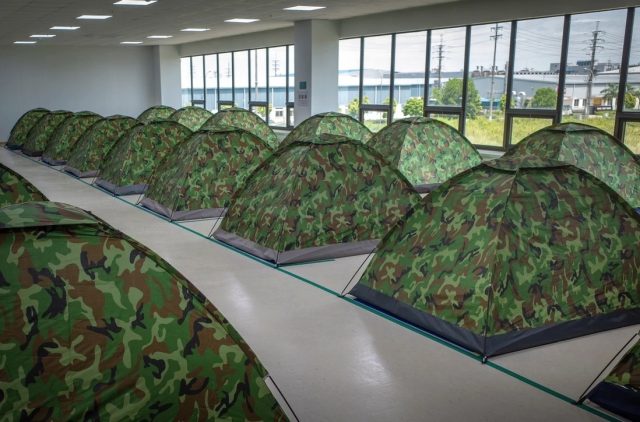 While variants of the Omicron strain of SARS CoV 2 virus continue to spread among the unvaccinated population in China, Tesla plant managers in the Shanghai region are resorting to controversial tactics to recover failed production, prompting employees to sleep right in factory halls converted to real isolation centers.

Thus, employees who have just returned to work are greeted with mattresses and sleeping bags, with the idea that they should move to work for at least a while, freeing the employer from the complications of transport from already quarantined urban centers and the constant sorting of employees. potentially infected.

Tesla is just one of the industrial factors in the Shanghai region that has seen its activity completely blocked by the imposition of strict quarantine measures, which remained as a last resort against the spread of the COVID-19 pandemic among the unvaccinated and untreated population.

Read:  End of an era: After 60 years, Cobra production has ceased. The last helicopter, delivered to the USMC

Left without better solutions to continue operations, the management of China’s Tesla plant has resorted to simply informing newly returned employees of emergency measures prepared to support the resumption of activities in times of pandemic. Specifically, Tesla employees have to forget about their personal life for the time being, the only shelter according to the daily work schedule taking the form of a sleeping bag and a mattress, the bed becoming the cement floor of the factory where they work.

Thus, Tesla workers cannot leave the factory premises without the gesture implying the loss of a job.

The electric car manufacturer has sent a memorandum to its employees detailing some of the conditions in which they will be forced to live. Employees will receive three meals a day and an allowance of 400 yuan (or the equivalent of $ 63) as compensation for the inconvenience caused.

Tesla will also comply with regulations imposed by the authorities to prevent the spread of Covid-19, requiring employees to take a COVID test every day, combined with measuring their body temperature twice a day. In addition, employees are required by regulation to wash their hands four times a day to further reduce the risk of infection.

Apparently, the measures are part of a plan that other companies wishing to resume operations in the Shanghai Industrial Center have agreed with local authorities, and will strictly comply with it until at least May 1, 2022, when the measures strict quarantine would be withdrawn.