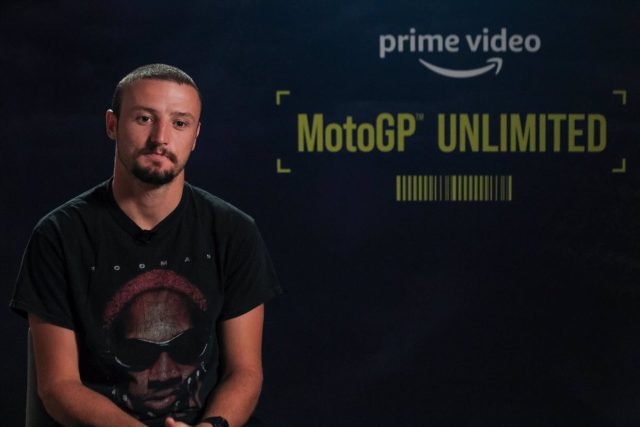 “I don’t see a favorite this year, all the riders are incredible and the bikes are very competitive”

The Australian MotoGP rider Jack Miller (Ducati) confesses that he feels “a benchmark” for the Italian factory, as well as becoming “an asset to the team” after five years with them, while stating that he hopes that in 2022 he will see his best version, in a season in which he does not believe that there are favorites.

“I feel like one of Ducati’s benchmarks, it’s my fifth season and I think I’ve become an asset to them and I try to do my best. At first it put pressure on me, but I understood it, also with the help of the heads of Now I live it more calmly, “Miller explained in an interview with Europa Press on the occasion of the presentation of the Amazon Prime docuseries ‘MotoGP Unlimited’.

The Australian, after five seasons with the Italian brand, hopes to be a candidate in 2022. “I finished fourth last year, but the goal is to try to win the World Cup. That’s why we work,” he said, assuring that “the plan ” is that his best version is in the season that begins this weekend, since he believes that “the best Miller has not yet been seen”.

“The tests went very well, we were very busy improving the bike. I am ready to race, I was tired from the pre-season. This year we have a good package, the bike is going very well. At the end of last season we already had a very good bike. powerful, so I think this year will be the next step”, he wished.

However, he noted that the title will be decided by a large number of drivers due to the “very high level” of the grid. “All the riders are incredible, super athletes, the bikes are very competitive. Every Sunday anyone can win. It’s a spectacular time to be a MotoGP fan, especially for the new generations. I don’t think there is a favorite this year. Fabio (Quartararo) he won last year, but right now I wouldn’t bet on any of them as favourites, there are many very strong riders, it’s hard to say one,” he added.

In addition, this season it will already have an audience in all the circuits, if the pandemic allows it. “The last two seasons have been very strange, without fans, for example in Jerez, one of the most crowded circuits of the year, and when I won without fans in the stands… It doesn’t feel the same. Feeling the normality of the World Cup It’s very nice, he said.

Read:  Bordalás: "The team needs help, if it doesn't come we'll have a hard time"

“THE CONNECTION BETWEEN THE MOTORCYCLE AND THE RIDER IS THE KEY”

Miller hopes the Amazon documentary can help interest in motorcycling grow. “Definitely now MotoGP has many more fans than 2-3 years ago, and the series will attract new generations of fans,” predicts the Australian.

“I have really enjoyed recording the documentary. The most special thing has been seeing it finished and seeing the angles it provides on different events that happen during the season and that you have not seen before. For me it is difficult to say something that will surprise, because I live in that world all year long”, reasoned the Ducati rider.

Finally, Miller highlighted the “freedom” he feels on the bike as one of the aspects he enjoys the most as a rider. “The connection between the rider and the bike is the key, if you don’t have it, nothing is going to work. You have to be another object of the bike, not someone on top of it. And I think that with Ducati I have found that. The bikes are what I enjoy most in life, I don’t know if I’m good at doing anything else, I feel lucky,” he concluded.