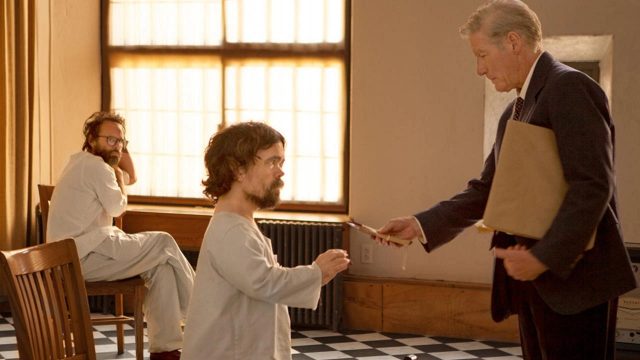 In an attempt to tick off more customer demographics, Netflix is pulling out of mothballs a number of films that, at the time of their release, made enough of a splash, but which time has managed to bury in an extremely unfair way, especially considering that some of them are true masterpieces even for today.

Two such films are Identity and Three Christs, which we have not chosen by chance to present together, since they share an identical subject, although treated differently: mental illness.

Identity, a film that takes you through every state

Identity is a film that if you didn’t see it in its time, 2003, you still have a chance now, in 2022, because Netflix has just added it to its lineup.

In it you can see John Cusack and the late Ray Liotta, among other well-known actors, starring.

Identity keeps you hooked and manages to make you think you’re not as smart as you previously thought, offering so many twists and turns that it would put even the most well-versed cinephile to shame.

Three Christs, the 2017 movie starring Richard Gere and Peter Dinklage, which you can watch on Netflix

Although a bit different in terms of absord, Three Christs is still about mental illness, but a bit more “in your face” this time. With a soft tone, you’re shown, just like in One Flew Over the Cuckoo’s Nest, the world beyond the walls of an institution dealing with the treatment of mental illness, putting the spotlight on the horrors that could happen here in the “name of science”.

Read:  The newest Tesla on fire, an important warning to fans of the giant Elon Musk

Unlike today’s first recommendation, Three Christs becomes predictable at one point, but that doesn’t stop you from still wanting to watch this film starring Peter Dinklage and Richard Gere.