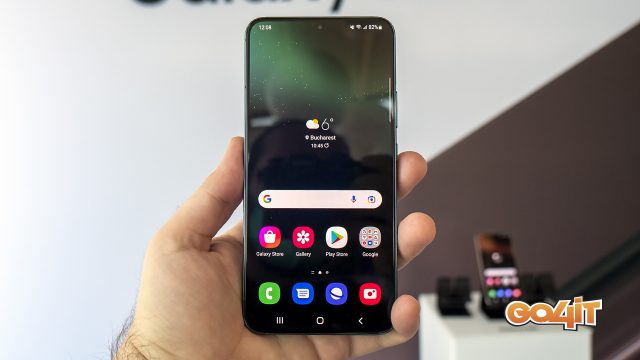 The first beta of OneUI 5.0 has begun shipping to those who have signed up with Galaxy S22 series phones in Samsung’s testing program. Unfortunately, this program is not available in Romania, but only in a few countries, such as the US, Germany, UK and South Korea. The first to appear to be getting the update are those in Germany, who can now install the S90xBXXU2ZHV4 software version on their S22, S22+ and S22 Ultra models, which also gives them access to Android 13 for the first time.

OneUI 5.0 will be a pretty big update for Samsung phones

The list of changes in OneUI 5.0 is very long, but the most important new features include smoother animations, an improved notification center, the ability to select text from photos directly from the gallery, just like on the iPhone, as well as new features such as gestures for splitting the screen in two, widgets that can be put in a stack (also like on the iPhone), and a few other improvements.

The biggest changes, however, will be in the camera app, where there’s now the ability to enable a histogram in Pro mode, as well as a new way to zoom in while shooting or filming. There is now also the possibility to add a watermark with the date and time and other information chosen by the user, not just the logo of the phone the images were taken with.

Of course, Samsung DeX isn’t ignored, with the desktop interface on Samsung phones now allowing quick searches directly from the taskbar, displaying a calendar when you tap on the time, just like in Windows, while notifications in desktop mode are less intrusive. Even support for physical keyboards is improved, offering correction for typed text and the ability to enter emoji without a virtual keyboard.

Read:  Sites can track you online using your device's "single fingerprint" GPU, even without cookies