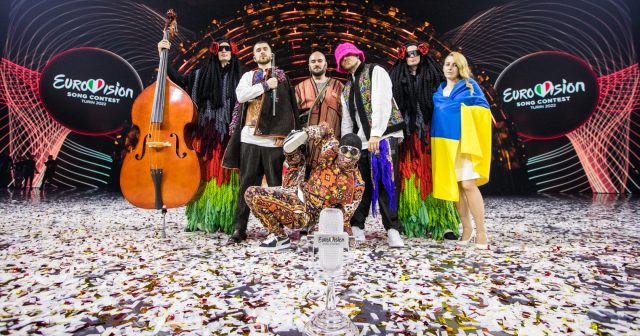 At the time when Ukraine was named the winner of the annual Eurovision Song Contest, Europe was split in two, if you could have sworn that we are witnessing another conflict of opinion such as: 5G, vaccines, census or anything else. more inflamed the public from all over the world, but also from us in the country, in the last years.

So, is it right or wrong for Ukraine to win the trophy in 2022? Of course, the answer to this question will be different depending on each person you ask. Surprisingly, you do not have to be pro-Putin or anti-Ukrainian to claim that the victory of the aforementioned country would not be a fair one – which, I must admit, surprised me the most.

We don’t like the winner, and that’s because we don’t understand the concept of Eurovision

After all, when it comes to music, we also go for that Romanian word, “how many bordeaux, so many habits” – or we could even go deeper into history: “de gustibus non disputandum”.

In other words, whoever won, this year or another, there were still a few skeptics who would say, “What’s with this song crap?”

Ukraine won; we don’t like it, but we don’t make any pertinent arguments because, in reality, we don’t know or understand how Eurovision is. We are, instead, able to become specialists in music, because in all the others we have been PhD students for a long time.

First of all, in order to understand better, you have to take into account a very important aspect: Eurovision was from the first moment and will always be a music contest with high political stakes. This theory has been circulating in the public space for years, but because of the unprecedented situation in which Ukraine is now, you have only now had a chance to get a better look at this.

Eurovision is not politicized now, with the war that Vladimir Putin’s Barbarian soldiers have waged, unsatisfied, against Ukraine, but it has been politicized since the first edition, only until now you did not know very well what the stake is, although you groped her. Now the stakes are clear: a helping hand outstretched to a nation in desperate need of any act of benevolence.

Read:  The used car industry is following in Tesla's footsteps: how cars will be sold

Why is it good that Ukraine has won?

The fact that Ukraine was to be declared the winner was suspected in advance. I admit, even I knew that, even though I was never looking forward to watching any Eurovision.

However, I read hundreds of articles about the current war, I cried over the horror stories that are sadly happening there, and I secretly wanted Putin to step on a banana (to put it bluntly). elegant). That being said, I welcomed the decision to nominate this year’s winner, although the song did not turn my back on me (like none of the contest, except for the British Sam Ryder, if I may be biased). I hailed it because I always knew that Eurovision is nothing more than a contest, as I said before, with political stakes. A round table in which to play.

And now, in 2022, it is the first time that political stakes are really producing something good.

Let’s face it, any good news for Ukraine can bring hope to a bleeding people. In addition, there is some money in the middle – I don’t think I need to remember why Ukraine needs this money more than any other country in Europe.

“Okay, but why didn’t they organize a collection and that’s it?” Why did they bother to organize this contest if the winner was still known from the beginning? Why did the other countries go astray? ” Because Eurovision is one of the most watched annual events. He is looked at by people of all ages, from all walks of life, so a message here will surely be seen and heard by all.

“Where will Eurovision be held next year?” Honestly, I don’t have an answer for that, because I find it hard to believe that this country will be able to recover in a year, even in the event that the war ends tomorrow. These things remain to be found in time. But to be completely honest with you, I don’t even know how important it is for humanity where Eurovision will be held next year. More importantly, the war is over.

And if you are bothered by the fact that a song “so-and-so” won politically or “out of pity”, I would provoke you not to cry anymore, for example, when, at Romanians with Talent, that orphan boy wins , who still has stage four cancer, on top of that. ” If there you can understand that the boy who, perhaps, is not the most talented, aroused the most intense emotion (for whatever reason), maybe you are able to understand that the same thing happened at Eurovision, but this is not the case. of the life of one man, but of millions of lives hanging from a thin thread.

Read:  Paramount has big plans: what's going on with the Sonic franchise

“What do we have to do with the Ukrainians?” Apparently, it doesn’t matter if we don’t care about people in general. We would have more to do with “our brothers”, Moldovans from across the Prut. Especially since they took the Unionist train directly to Italy, for our sake. What did we do? I derailed their train. “When he is brother to brother, he sets the world apart.”

Not even the United Kingdom was upset that it lost the first place, the one it would have deserved in other conditions. Why would you be upset?

In fact, rumors are circulating that Wrs wasn’t upset that he was ranked in line, despite the cheers in the hall, a harbinger of success, when he sang his song. The artist, in turn, launched a call for peace and freedom, as soon as he finished singing the song, in the final. But what does he know? He’s just another “globalist” with broad views, “overly Europeanized,” and “a little feminine.” So “feminine” that it ruined the peace of even Marcel Pavel. I would suggest a new hit, on this topic, “The planet has gone crazy.” Not for nothing, but we’re a little tired of singing the same “My Beauty” when I’m drunk. With pleasure for the idea, you take care of the rest.

Finally, I would like to ask you a question: did you consider for a second the possibility that Ukraine would have won in a parallel universe, one in which Putin is a good boy? Not worth the song? Well, I would! It will be the first time a song without salt and pepper has won the grand prize at Eurovision.