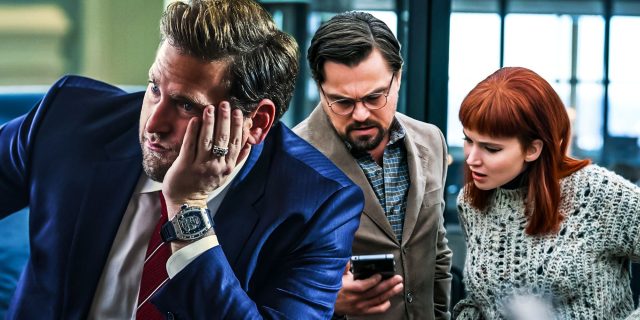 Director Adam McKay explained why “Don’t Look Up” has so many scenes that, at first glance, might be considered strange.

The man behind “Vice” and “The Big Short” has managed to split the waters in two with his new production, “Don’t Look Up”. Obviously, the movie can be considered one of the most controversial movies on Netflix, because of the abrupt way in which it tells the story of the apocalypse. By the way, we’ve seen apocalyptic movies over time, but we have to admit that “Don’t Look Up” succeeds in what few have been able to: really attract attention – even if not necessarily for the reasons expected by the producers. . A good movie and a bad movie alike: this is a performance worthy of Schrödinger’s cat, which no other film has ticked.

Read:  New problems for Volkswagen: what happens to a factory of the company

“Don’t Look Up” landed on Netflix in late 2021 and quickly became one of the most watched movies ever, when it comes to a streaming channel. The generous cast, which includes Leonardo DiCaprio, Jennifer Lawrence, Timothée Chalamet, Meryl Streep, and many others, has no doubt helped to attract viewers. This is where the controversy probably started. So many “serious” actors set to play in a parody that, at first glance, may seem like a disaster (this time not a natural one, but rather a cinematic one).

Like all of McKay’s films, “Don’t Look Up” has a captivating editing style that involves sudden image breaks, and instead photos of animals and landscapes can appear, all interspersed. Viewers may be a little confused by this style, but those who are really used to the director’s style will appreciate the strange scenes for what they are.

Read:  Volkswagen is silent and does: the first self-tested ID.Buzz tested

Editor Hank Corwin sacredly followed McKay’s plan and, as can be seen, did an excellent job.

Undoubtedly, the discussions on this film will not stop here. We all know the reason: “Don’t Look Up” jumps out of the imposed niches and thus manages to shock.