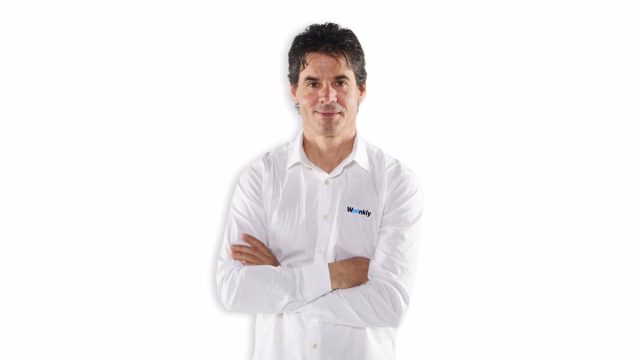 The former 500 cc world champion Álex Crivillé affirmed that Álex Rins is riding “with the safety of champions” before the Spanish Grand Prix, the sixth round of the World Championship that takes place this weekend at the Jerez circuit. Ángel Nieto and to which the Suzuki rider arrives as co-leader along with Frenchman Fabio Quartararo.

Álex Crivillé, ambassador of the technology company Woonkly, pointed out that Yamaha has shown that it is a competitive motorcycle, although it won in Portimao, a very technical circuit, with bumps and a short straight. “Portimao is a peculiar track, where the last corner is for traction and that is where Yamaha set the tone. Jerez is also a great circuit for Yamaha because, in this case, it is a track with few straights and very technical. These factors are favorable to Yamaha”, commented.

In this sense, the former Catalan driver said that Jerez is a favorable circuit for several brands. “The Iwata brand is going strong there with Fabio Quartararo, a two-time winner. Honda will go strong in Jerez and I think Ducati will too, although, a priori, they don’t have a resume. If we had to bet on a brand, it would be Yamaha because the counter-straight is less than 700 meters. Yamaha has the point in favor of the fast corners and the traction curves, which make it a very manageable motorcycle. After the victory in Portimao, Fabio Quartararo will go all out in Jerez” , he predicted.

For Crivillé, Álex Rins had a “great race” in Portimao. “He made a brutal comeback from twenty-third position to fourth, but he was a few laps short of reaching the podium and the tire wear took its toll on him. Jerez is a circuit that could be favorable to Álex Rins. with the Suzuki and with him because he is at his best this season and he can make a difference,” he said.

Read:  Vietti wins again in Moto2 with the Spanish bad luck in Termas

In his opinion, Rins has matured a lot compared to last year, when he suffered, according to him, inexplicable falls. “This year he is safe and more for the place. He is seen as a leader in a team where there is a MotoGP world champion, who is Joan Mir. Each one works on his line. Álex Rins is going to take advantage of this opportunity because He is driving with the typical safety of champions and making a difference. Let’s hope he continues like this and goes for podiums and victories,” he said.

According to him, Aleix Espargaró’s new podium in Portimao leaves Aprilia one point away from losing the concessions. “Aprilia has done a great job and has shown to have a competitive bike. If it loses the concessions, I don’t think it will be a big problem for them because they have got the base. It is a bike that works well on all circuits: fast, slow, In this aspect, Aleix Espargaró is very convinced that the base of the Aprilia can do well in the rest of the circuits of the championship. I don’t think the fact of losing the concessions will affect him much, “he explained.

On whether Marc Márquez, who was not comfortable on his Honda RC213V in Portimao, can add his third victory in Jerez, he said that he continues “working a lot”. “It is true that in Portimao we did not see him comfortable because he had certain problems and movements in the front end. The bike seemed very floating in the front part. It had good traction, but it also went away with some very dry skids. It was not comfortable. HRC is working in this direction to enter the bike that Marc Márquez is looking for. We hope that in Jerez he feels better and can fight with the best. If the bike goes well, Marc Márquez will give everything and he will be among the best”, forecast.

Bet on a MotoGP podium at the Spanish Grand Prix formed by Fabio Quartararo, Rins and Joan Mir or Marc Márquez. The Italian Celestino Vietti, leader of Moto2, stressed that he is a safe rider. “If he can’t win, he secures points because he knows it’s a long championship and he has to score points in all of them. In this aspect, this year he’s going for it. He’s one of the most complete riders, he’s in the Valentino Rossi Academy and he works The fact of skidding with Moto2 is very good, of noticing the feeling of a motorcycle that is practically the same as all of them. It is difficult to stand out and make a difference in Moto2, however, he is among the best, “he said.

Likewise, the Spaniard Sergio García Dols, who has regained the leadership in Moto3, stressed that he is a rider who “cheats a little”. “He has a very noble character, but when the visor is lowered he is a maximum aggressive driver. He studies his rivals very well, knows how to be in their position and in the end he deals the final blow on the last lap without making mistakes. He showed it in Portimao, where he had a perfect race. It’s going to be a tight season, but he’s one of the favourites.”