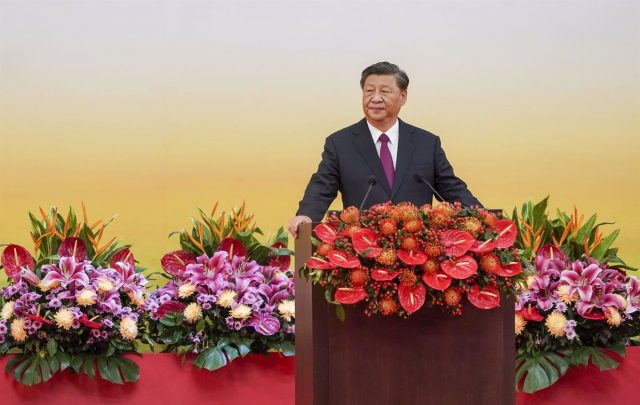 The Political Bureau of the Central Committee of the Communist Party of China has proposed October 16 as the date for holding the 20th Party Congress in which it could be decided whether the current Chinese president, Xi Jinping, is elected for a third term.

More than 2,000 members are expected to gather in Beijing to map out new policies for “the comprehensive construction of a modern socialist country” at a “crucial time,” state news agency Xinhua reported.

With only two votes against and three abstentions, the nearly 3,000 delegates to the National People’s Congress, China’s parliament, approved a constitutional amendment in 2018 that eliminates presidential term limits in a decision that gives the country’s leader, Xi Jinping, a free hand to rule indefinitely.

Read:  Germany alarmed by reduction of Nord Stream 1 gas flow to 20% of capacity

At the previous national congress held in November 2021, Xi cited past party leaders Mao Zedong, Deng Xiaoping, Jiang Zemin and Hu Jintao as leaders of all ethnic groups and the Chinese people in the “vital advancement of revolution, construction and reform with precious accumulated experience.”

The publication of the document surprised as a “historic resolution” like the 1945 one that gave Mao personalistic control of the party for decades or the one Deng issued in 1981 condemning Mao’s Great Leap Forward and his Cultural Revolution to usher in liberalization and a market economy.

Read:  China suspends import of citrus and two types of fish from Taiwan and bans sand exports to the island

For all these reasons, the Chinese leader faces this year’s congress with a halo comparable to that of the great leaders and which would open the door to a practically infinite presidency at the head of the Asian giant if so considered.