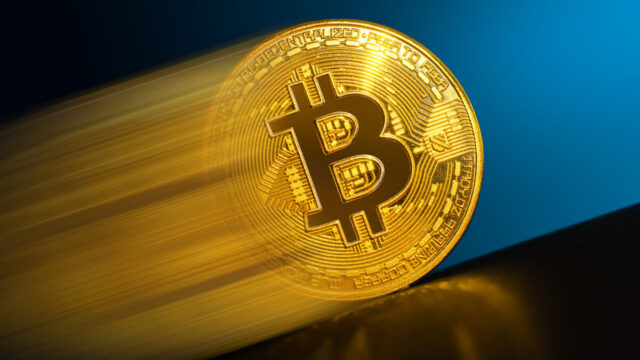 The volatility in the crypto-currency market continued over the weekend, with the price of bitcoin edging above $21,000 on Sunday. Up 23 percent over the past seven days, bitcoin’s market capitalization stands at about $407,412,657,854 on Monday, with a 24-hour trading volume of about $25,999,307,843. As a result, bitcoin’s dominance has risen to 41 percent, followed closely by Ethereum with 19.3 percent, according to data from Coinmarketcap.

Trading around $21,149.32 in early Asian trading hours Monday, the total crypto market is up more than 2.2 percent to $1.03 trillion. As a result, the largest digital asset has obliterated the losses suffered in the FTX and Alameda implosion.

The recent rise in the crypto-currency market can be explained by several factors, including high inflation around the world, trader FOMO and bitcoin price action. According to veteran trader Peter Brandt, the crypto market is preparing to enter the next big bull market with a possible consolidation over several quarters.

Any idiot can make wild guesses about markets, so here is my dunce-hat prediction. In reality, nobody has a clue what any given market will do. $BTC pic.twitter.com/bpP2ThjnZK

Furthermore, a study of historical data shows that the price of bitcoin has significantly influenced the altcoin market. Hence the indication of further rise in the crypto market before an imminent correction.

Read:  MicroStrategy: Michael Saylor quits everything to focus on Bitcoin!

The bitcoin market is strongly supported by its global adoption, including by several institutional ETFs, and by the fact that it is used as a legal tender in El Salvador and the Central African Republic. Bitcoin’s scarcity and interoperability give it the potential to overtake the gold market, valued at approximately $10 trillion, in the coming years. Moreover, gold is not as rare as it is made out to be, with space exploration likely to find celestial bodies filled with the precious metal.

The crypto-currency market is expected to grow exponentially with the adoption of smart contracts on the verge of mainstream utility. Institutional investors, led by Samsung Asset Management, which unveiled the Samsung Bitcoin Futures Active ETF dubbed the Sub-Fund, are looking for ways to expose their balance sheets to the crypto-currency market.

The largest smart contract ecosystem, Ethereum, has tracked the performance of bitcoin in the recent past. According to our latest crypto-currency price oracles, Ethereum (ETH) is trading at about $1,566 on Monday, up 20 percent over the past seven days. With a market cap of about $191 billion, Eth has a 24-hour trading volume of about $6.9 billion.

Crypto-related stocks, including Coinbase and Marathon Digital, are up about 50% and 87%, respectively, in the past five days.

Nicholas Colas, the co-founder of market analysis firm DataTrek Research, wrote in a note that Federal Reserve policy still matters, but “other issues such as China’s reopening, the pace of growth in the U.S. economy and corporate earnings, and positive real rates will jostle for investors’ attention.“