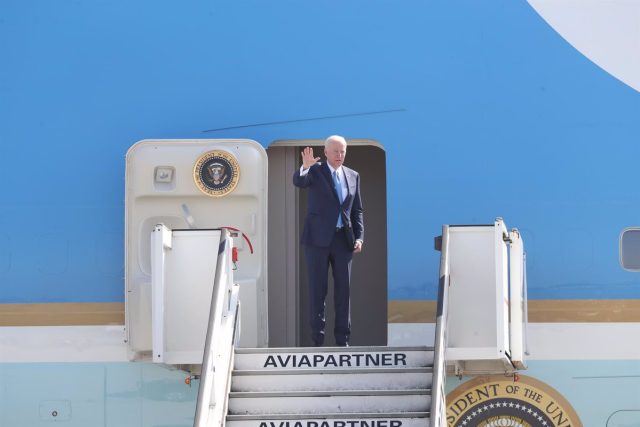 The President of the United States, Joe Biden, will hold a meeting this Saturday with the Ukrainian Foreign Minister, Dimitro Kuleba, and the Ukrainian Defense Minister, Oleksi Reznikov, during the second day of his visit to Poland in the framework of the invasion Ukrainian Russian.

Likewise, Biden will also meet with the US Secretaries of State and Defense, Antony Blinken and Lloyd Austin, to assess the current situation in Ukraine after the announcement made yesterday by the Russian General Staff about a new phase of operations focused specifically on the east of the country, reports the White House.

Read:  Hugo Chávez's family home to be turned into a museum

Afterwards, Biden will deliver a speech at the Royal Castle in Warsaw in which he will talk about the crisis that Ukraine is facing after the invasion.

“The President will deliver remarks on the united efforts of the free world to stand with the people of Ukraine, hold Russia accountable for its brutal war, and defend a future rooted in democratic principles,” the White House said in a statement.

Biden is scheduled to appear between 5:00 p.m. and 6:00 p.m. (Spanish time) at the Royal Castle in Warsaw. Earlier, the US president is scheduled to meet with Polish President Andrzej Duda at the presidential palace to discuss “a response to the humanitarian and human rights crisis that the unjustified war has created.”

After this meeting, the US president will have a meeting with the mayor of Warsaw, Rafal Trzaskowski, where he will see first-hand the registry of Ukrainian refugees, according to the White House statement.