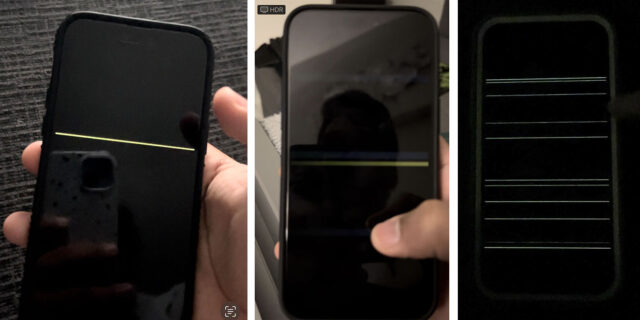 Apple is not one of the companies that keeps in close contact with a user community, which could allow for better communication of issues its devices are experiencing. The iPhone 14 Pro has been experiencing an issue in recent months that resulted in strange streaks being displayed when the screen came out of standby, and Apple has not officially communicated anything about it. However, it seems that, internally at least, this issue has been brought to a higher level of importance.

Next update could remove colored streaks from iPhone 14 Pro screens

While up until now, customers were getting a curt response from tech support saying it’s not a hardware issue and not covered under warranty, Apple has brought this issue internally to a higher level of importance.

Read:  Android 14 will block installation of old apps even from outside the Play Store

A memo that was sent to Apple employees acknowledges this problem and assures employees that a software solution is being worked on and will be coming soon. Thus, the company is likely telling those responsible for keeping in touch with customers to provide as an official response that a software update for iOS 16 will fix the problem and that it won’t be very far off.

Most likely, it’s iOS 16.2.1, which is expected to be a security update for the most part, which could also include such fixes for critical issues. Otherwise, you might have to wait for iOS 16.3, which is also scheduled to arrive in a few weeks.

Read:  The best foldable devices of 2022

iOS 16.3 is already in its second beta for those who want to test unreleased versions, and will incorporate new features such as support for physical security keys in the form of USB or Lightning sticks for Apple ID authentication, better integration with HomePod speakers, and updates to Emergency SOS features, which seem to be a priority lately for Apple.