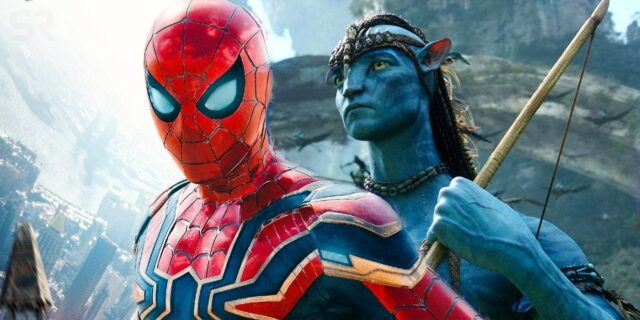 After another weekend at the top of the cinema charts, Avatar: The Way of Water is set to soon surpass the record-breaking box office of Spider-Man: No Way Home.

In this film, Jake and Neytiri travel through the waters of Pandora with their family, exploring the wildlife and Na’vi civilizations that inhabit there, while facing a series of problems.

Avatar: The Way of Water continued to triumph in cinemas into its fifth weekend.

Read:  Russia will become like Cuba: cars are being bought, because we have nowhere else to buy them

Over the weekend just ended, grosses for Avatar: The Way of Water reached $1.894 billion, closing in on the $1.921 billion earned by Spider-Man: No Way Home (which is currently the sixth highest grossing film worldwide).

Avatar 3 was filmed simultaneously with The Way of Water, and Cameron argued that this sequel would have to do incredibly well for Avatar 4 and 5 to go into production.

However, the director also said that Avatar 2 can only be considered a real success after it ticks $1.5 billion, and that benchmark has already been passed, as far as we can tell.

As such, with Avatar: The Way of Water continuing to dominate theaters, it seems inevitable that the film will surpass $2 billion in the next few weeks.

Although other blockbusters like M3GAN and Puss in Boots: The Last Wish, for example, are currently playing in theaters, The Way of Water has continued to hold the top spot, earning a whopping $562.9 million in US theaters alone.