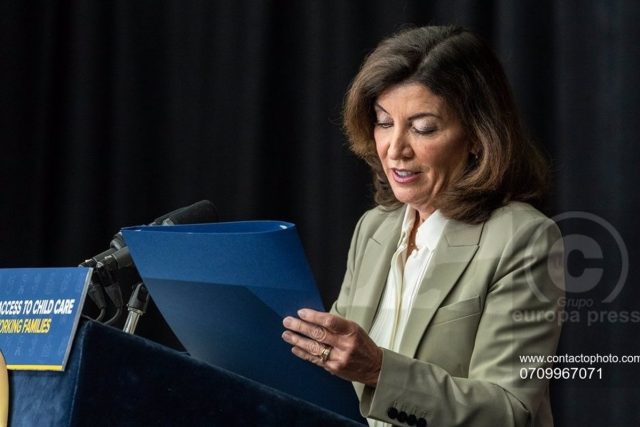 New York Governor Kathy Hochul declared a state of emergency Friday over the monkeypox outbreak as her administration records more than one in four cases of the disease reported in the country.

“I am declaring a state disaster emergency to strengthen our ongoing efforts to address the monkeypox outbreak,” Kathy Hochul has announced on her Twitter account.

She has also explained that this executive order allows “greater speed” for health professionals to take additional steps to vaccinate against this disease, declared an Imminent Threat to Public Health by the New York State Health Commission.

“After reviewing the most recent data on the outbreak of monkeypox in New York State, I am declaring a statewide disaster emergency to strengthen our aggressive ongoing efforts to address this outbreak,” Hochul has qualified in a press release.

Read:  The Chilean Minister of the Interior suspends her activities in La Araucanía after being received with shots in the air

The governor has indicated that more than one in four cases of monkeypox in the country are in New York State, reaching nearly 1,400 reported cases.

“We must use every tool in our arsenal (…), which is why my team and I are working around the clock to secure more vaccine, expand testing capacity and responsibly educate the public on how to stay safe during this outbreak,” she has assured.

Hours earlier, San Francisco city authorities also declared a state of emergency over the monkeypox health crisis, to the frustration of local representatives of the LGBTQ community over the slowness of the official response in one of the epicenters of the struggle for gay, transgender and queer rights in the United States.

The WHO declared last weekend monkeypox or simian pox as an international health emergency with special incidence among the LGBTQ population. The decision was not without controversy because some members of a research committee of the UN medical agency itself were reluctant to accept the declaration, given the risk posed by the possible stigmatization of this group.