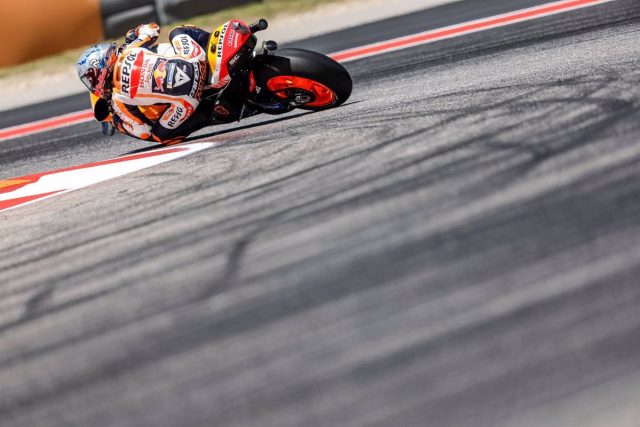 Márquez was last at the start and finished sixth

The Italian rider Enea Bastianini (Gresini Racing) won his second MotoGP Grand Prix this season by winning this Sunday in the Americas, the new leader of the World Championship, ahead of the Spanish Álex Rins (Suzuki), also in that fight for the general, while that the also Spanish Marc Márquez (Repsol Honda) signed a great comeback after a problem at the start.

The fourth round of the World Championship seemed destined for a victory for Ducati and so it was, although the Italian manufacturer’s motorcycles had something bigger in their hands. The Suzukis got in his way, while Spaniard Jorge Martin couldn’t keep up with his lead as he led alongside Miller from the start.

Jack Miller was the one who started commanding with Martín in a dramatic start for Márquez since the bike failed him and he was last in the first corner. The return of the one from Cervera, after a new vision problem, took a hard blow to begin with, but the one from Repsol Honda started a ‘sheriff’ comeback until he was sixth.

Seen what has been seen, Márquez, champion in seven of his eight visits to this COTA, would have been in the pomade, since he lacked a few laps to fight for the podium ‘coming out’ last. At the top, Bastianini was left open, while Rins snatched second place at the last breath from Jack Miller (Ducati Lenovo Team).

Read:  Marc Márquez: "We have taken a big step compared to Malaysia"

Joan Mir (Suzuki) had to settle for being fourth, ahead of Francesco Bagnaia (Ducati), Márquez and Fabio Quartararo (Yamaha) who did not finish starting in his title defense. Bastianini regains the lead with 61 points, 5 more than Rins (56) who is now 2nd ahead of Aleix Espargaró (50), who could only be eleventh on his Aprilia after his victory in Argentina. His brother Pol (Repsol Honda), reduced by illness, was 13th.