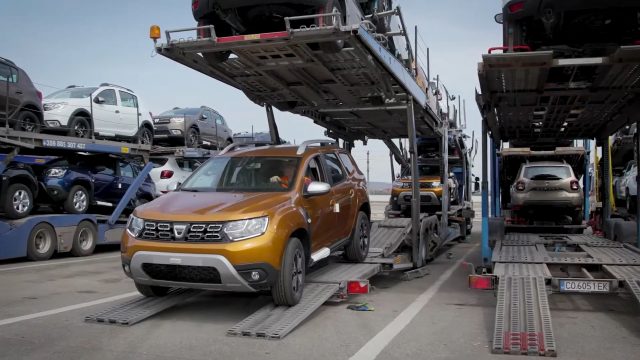 The Dacia plant is going through a very difficult period, after a very good start to the year. Unfortunately, the war in Ukraine is beginning to have its effects on several industries, and the Mioveni manufacturer is one of the main victims in Romania.

In the first three months of this year, Dacia officials boasted a production of 75,437 cars, representing a significant advance over the 64,065 cars produced in the same period in 2021. In March 2022 alone, the plant in Mioveni reached the performance of to produce 34,743 cars, almost 50% more than in March 2021. In the third month of last year, the number of assembled units was only 24,077.

Read:  The scariest villain in horror movies: who wears the 'crown of absolute evil' this Halloween

From today, April 11, until Friday, April 15, the plant in Mioveni interrupts its activity on several fronts. The main reasons behind the current situation are the semiconductor crisis and the invasion of Ukraine by Russia. The very difficult decision on this subject was communicated to the employees by the management of the plant together with the Dacia Automobile Union.

Finally, the Dacia Vehicle Plant and the Press Department will reduce their activity on April 11, 12, 13, 14 and 15 this year. Following this announcement, shift 3 will be completely stopped and partially exchanges 1 and 2. Also, the Mechanical Plant and Chassis Dacia (UMCO), where the activities regarding the manufacture of engines (assembly and machining) will take place, will completely interrupt its activity for two days. The first was on Friday, April 8, the second is today, April 11.

Read:  He traded Romania for America and acting for taxi driving: the story of Dan Nuțu, the actor who was a sensation in Romania in the 60s and 70s

Dacia is one of the only car manufacturers in our country, together with Ford. Unfortunately, the last few years have not been very gentle with this domestic industry. First it was about the production disruptions caused by the pandemic, and immediately after, the semiconductor supply problems started to make their effects felt. The war in Ukraine and the sanctions imposed on Russia are just the “icing on the cake”.