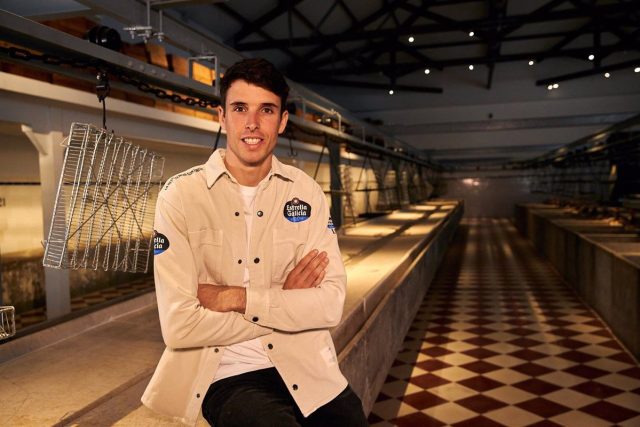 The Spanish MotoGP rider Álex Márquez (Honda) recognized the “complicated” start to the season due to the problems he is suffering in the front end of a motorcycle that has “a lot” of potential and which he hopes to enjoy “soon” before facing this Sunday the Portuguese Grand Prix at the Algarve circuit.

“The problem has been detected and we know where we have to focus, both us and Honda, to take that step forward. Once we improve that aspect, the bike has a lot of potential in ‘grip’ and in many other sections,” Márquez said in statements to the Estrella Galicia 0.0 press service at the Portimao Museum.

Regarding the start of the season, where he has managed to score points in two of the four starts, occupying twentieth place in the championship with 4 points, the pilot lamented the damage to the front end, a problem that “they do not quite” understand and that it was ” less critical” on the old bike. “If you don’t have ‘feeling’ with the front end, a rider has a hard time. I have to improve so that these problems affect me less, but we are working on it”, he admitted.

“The year is very long, there are many races left and we have to “turn the tables” in some way. I am sure that we will soon be better, that we will begin to take steps forward and enjoy riding the bike, which is what I miss the most,” he added.

Read:  Repsol Honda presents its new structure for 2022 this Tuesday

Álex has shared the sensations experienced in these weeks at the handlebars of a mount that at the same time has been profoundly renewed for this season. “When you have problems, improving your driving makes you feel less of it and you get more out of adverse situations and that’s where I give myself homework for the future”, he pointed out.

“In the Qatar race we were not bad because we had been coming back and we had made a good start to the race. Surely, Argentina was the most disappointing race for me because we did not know how to turn around a situation that was not good and it was difficult for us to know what was really happening”, commented the pilot, who highlighted the Austin Grand Prix as “the best” in sensations until his fall for “making a mistake”.

The World Cup arrives in Europe this week, although it will pass through Portugal before reaching the traditional event in Jerez. “Having these two races motivates me. You rest less, but you also have more fun. I think they will be very important to start what they call the “European cycle” to redirect our course, which is what I most want”, said Marc’s brother Marquez.

The Honda rider was critical of his start to the season, but in MotoGP “everything is very tight”, so “with little things you can take a big step forward”, commented Márquez, who maintains his goal of being at the end of year in the ‘Top 8’. “I’m going to keep pushing, improve and, as I said before, have fun on the bike. That’s when everything will start to work out as we hope and everyone in the team will start to enjoy themselves,” he added.

On the other hand, the little one of the Márquez highlighted the collaboration with his brother, pilot of the same brand. “We talk about many factors, we comment on things. The comments are almost always very similar and, although our styles are more or less different, how we position ourselves on the bike is quite similar”, explained Álex, who complements Marc to feel “more competitive”.

Asked about the eight-time MotoGP World Champion’s season, he acknowledged that Marc “didn’t have an easy start, especially because of the crash in Mandalika and in general that whole weekend.” However, the positive news was recovering from the injury and being in Austin. “There he found the sensations again, he returned to driving in the way that he likes, attacking a lot with the front end and that is good news for us”, he concluded.