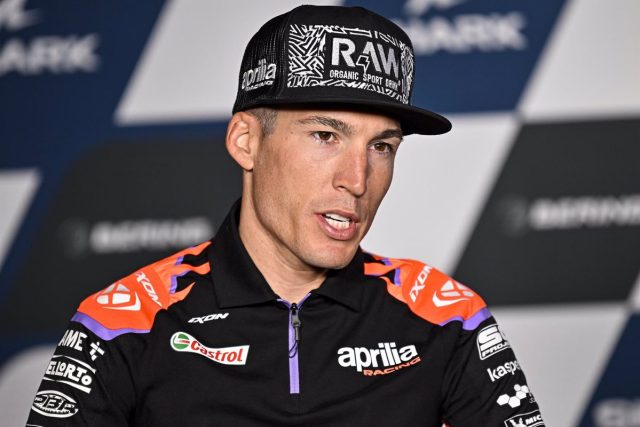 The Spanish driver Aleix Espargaró (Aprilia) lamented the mistake he suffered on the last lap of the Catalan Grand Prix, when he stopped pulling when he was running second, thinking that the test was over,
“a very big mistake” that “you cannot afford” fighting for the MotoGP championship.

“I’m very sad. If they punctured me now, they wouldn’t draw any blood. I must apologize to the team, it’s a very big mistake. You can’t afford a mistake like that in MotoGP fighting for a championship. I feel very bad, really.” he said in statements to Dazn, collected by Europa Press.

Read:  Simeone: "We are the ones in the second half"

“I have looked at the tower with the turns and I have not remembered that here it is ‘L1’ and then 0. I did not remember that, I saw ‘L1’ and actually there was one more turn left when it passed. I feel very bad for him team because we had done a very good job, only Fabio (Quartararo) had been a little faster than us, but these are things that happen”, he recognised.

The Catalan driver had led the free practice and managed to sign a record pole at home. “It has been a very nice weekend, I have had a lot of pressure, infinitely more than any other time. It has also been very difficult to manage, but I think I managed it until the mistake,” he added.

After the incident, Aleix Espargaró finished the Grand Prix in fifth position. “I have been able to limit damage because there are only nine points, which is what will count at the end of the year in Valencia, but, in reality, now I don’t care if it’s nine or nine hundred. I wanted to get on the podium, I wanted to win and I couldn’t get,” he said.