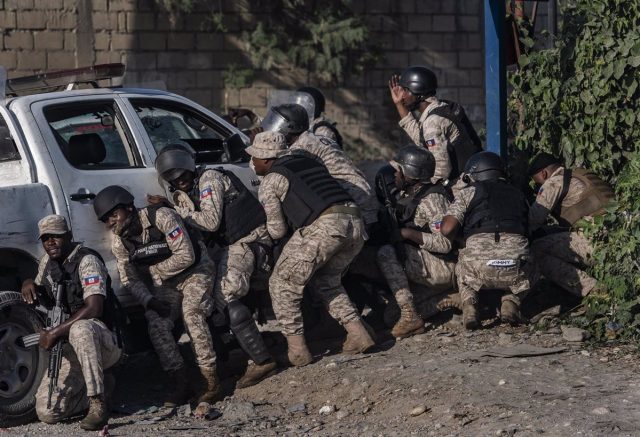 At least 20 people have been killed and 50 others injured in a series of clashes between various gangs and armed groups in the Haitian capital, Port-au-Prince, where violence has escalated.

Joel Janeus, mayor of Cité Soleil, a commune located in the metropolitan area of Port-au-Prince, has indicated that members of the G9 gang and those of the G-Pèp gang have engaged in a confrontation that has resulted in fatalities. He indicated that most of the bodies were found in the camps of these groups.

The area has seen a spike in violence since last Friday, when G9 members attacked rival gangs, leading to increased tension in neighborhoods such as Bois-9, Cité Lumière, Cité Gérard, Projet Linthau and Wharf, among others. Residents in these areas have been without access to water and food for days due to the violence, according to reports in the daily ‘Le Nouvelliste’.

“We need the state to come back, to implement projects to give alternatives to these young people who kill each other,” said Janeus. The UN, for its part, has condemned the clashes, which are “causing terror”, according to a has indicated the United Nations Integrated Office in Haiti (BINUH) on its Twitter account.

Thus, it has called on all armed individuals to “put an immediate end to the violence to allow the entry of emergency health services (…) and protect the civilian population.”

Gang warfare has escalated in Haiti over the past few months. The fighting has so far left some 200 people dead, half of them civilians, and more than 30,000 displaced.

Read:  The Justice of Peru prevents four Repsol executives from leaving the country due to the oil spill