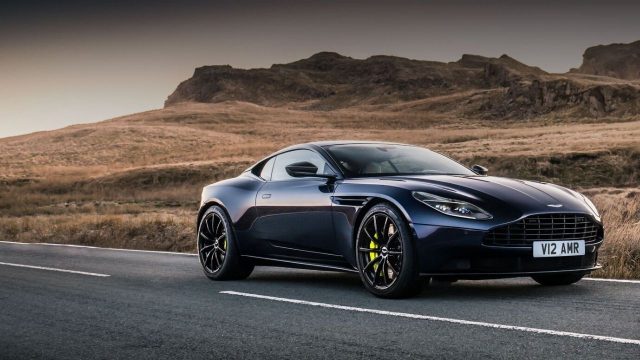 Aston Martin is relying on technology from its Mercedes shareholder to make an expensive leap into electric vehicles.

After decades of ups and downs, Aston Martin is sketching a more efficient and profitable path, relying on technology from Mercedes-Benz shareholder to make an expensive leap to electric vehicles.

Less than two years after billionaire Lawrence Stroll took over the company, Aston Martin underwent a change in production to increase margins and help it become more like rival Ferrari.

Stroll, Aston Martin’s largest shareholder and chief executive, who is also a big fan of Ferrari, says that after car sales rose 82% in 2021, the UK carmaker will turn to long-term profitability. is in full swing, with new cars coming and funding secured until 2025.

What the specialists say

But analysts say Aston Martin, which has gone bankrupt seven times since its inception in 1913, is still burning heaps of money. Some question its ability to generate Ferrari-like sales to finance the huge cost of electrification.

“It’s precarious and this company is likely to collapse,” said Redburn Capital Research Analyst Charles Coldicott. “I don’t think it’s a controversial thing to say, even if Aston doesn’t want to hear it.”

Asked to comment on perceptions of an unstable future, an Aston Martin spokesman reiterated Stroll’s view that the carmaker is on its way to long-term profitability and has adequate access to cash.

In a tour of Gaydon carmaker’s factory, Tobias Moers, former head of Mercedes’ high-performance AMG brand and CEO of Aston Martin in August 2020, goes through a list of moves, including cutting one of the two assembly lines and producing several personalized items in-house.

Perhaps the biggest change has been to focus on higher value customer-driven and customized orders – much of Ferrari’s success – rather than overproducing and producing wholesale sports cars, which then had to to be sold at a reduced price.

“When we came in, the company was dominated by production instead of engineering, which is crazy for a luxury car business,” Moers said. “In a company of this size, you need maximum flexibility and agility.”

Read:  The new Dacia Spring, more expensive than ever: how much more do you have to take out of your pocket now

At the time, the carmaker was in trouble after a disastrous public listing in 2018.

Stroll says that thanks to its new vehicles, the company aims for a gross profit margin per vehicle of at least 40% and in some cases 50%. Analysts estimate the Ferrari figure at over 55 percent.

Stroll says Aston Martin will benefit from an agreement with Mercedes-Benz in October 2020, which will give it access to the German carmaker’s latest EV engines and technology.

According to this agreement, Mercedes now owns almost 12% of Aston Martin, which will increase to 20% in 2023.

“It was very important for a company of this size, especially with the advent of electrification – to have an older brother,” said Stroll. “So we did a really transformer business with Mercedes-Benz to get their electrical architecture.”

Aston Martin plans to launch its first all-electric car in 2025.

Automakers have been focusing on outsourcing for decades, but increased customization has caused Aston Martin to reverse this trend, said CEO Moers.

Allowing customers to choose their skin, seams and other ornaments has led to a 20% increase in options, increasing the selling price.

But offering 30 different skin types and colors means 900 variants. Because each car is individual, it’s cheaper to do more inside – for example, Aston Martin plans to make its own steering wheels again.

“The Mercedes-Benz variation was a nightmare, we wanted to reduce it and reduce it,” said Moers. “But here’s our goal.”

Aston Martin has closed its paint shop in Gaydon and is painting most of its cars at its Welsh factory – saving £ 1,000 per car by reducing the huge costs of two painting workshops.

But Aston Martin will manually paint any unique color that customers want, at an additional cost.

Aston Martin has also started delivering a limited edition Valkyrie, a legal version of a Formula 1 car, announced by the company’s previous management, which starts at £ 2 million.

Read:  A new European Commission project: how the car and insurance industries are affected

But Valkyrie has been extremely expensive to develop, so it will not be repeated, because Aston Martin focuses instead on profitable sports cars.

“There is no business case for that,” Moers said.

Before switching to electricity, Aston Martin wants to launch a series of combustion engine models, including its powerful V-12 Vantage sports car and a new SUV.

In 2023, the carmaker plans to launch its first center-engined sports car – with the engine behind the driver, providing better weight distribution for performance – joining Ferrari, McLaren Automotive and Lamborghini.

For Aston Martin and his colleagues, the electric switch is particularly difficult, because the attractiveness of luxury sports cars is based on the feeling of a powerful internal combustion engine.

“Many of the people who are our customers today want to see, feel, hear and smell a long-burning engine,” said Stroll.

But to go electric, “Mercedes will be the basis of what we do,” he said.

The future of the luxury brand

“If you put a gun to my head, I’d say Mercedes will probably buy the business,” he said. “I don’t know at what price, but I imagine it will be significantly lower than today’s price.”

Jefferies analyst Philippe Houchois said that while Aston Martin has long aspired to be more like Ferrari, the current management has consistently done the right thing, raising its brand “by underperforming and moving towards more a lot of content and more personalization ”.

“Aston Martin is on the right track,” Houchois said. “But the question is how long will the transition take and if they have the funding to support that?”