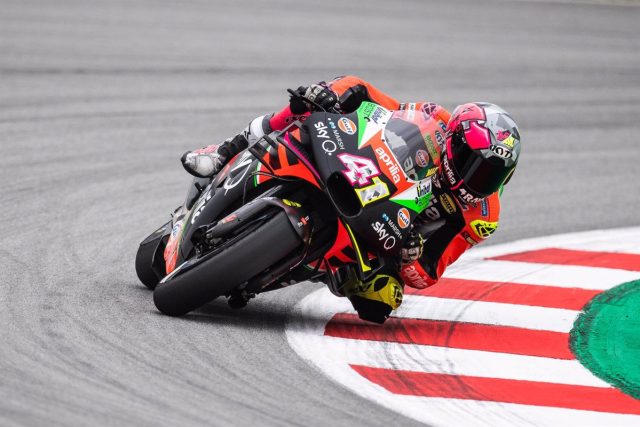 The Spanish rider Aleix Espargaró took pole position at the Argentine Grand Prix this Saturday, the first for Aprilia in MotoGP, ahead of his compatriot Jorge Martín (Pramac Racing) and the thriving Italian Luca Marini (Mooney VR46 Racing Team).

The ’41’ signed (1:37.688) the first ‘pole’ of the Italian manufacturer in the MotoGP era and will start in the lead in the third round of the World Championship held at the Termas de Río Hondo circuit. The driver from Granollers made history for the Noale team while signing his third pole position with a different manufacturer.

The Aprilias, Aleix Espargaró and Maverick Viñales, already led the combined times in Argentina after a crucial FP2 that left several heavyweights out of the cut. The intense Saturday at Termas, without activity on Friday due to logistical problems announced on Thursday by Dorna, was not good for Ducati, with Jack Miller down in Q2 and Francesco Bagnaia out in Q1.

It was better for Repsol Honda, since Pol Espargaró did make the cut and in Q2 he achieved fourth place on the grid, ahead of Viñales and the current champion, a Fabio Quartararo (Yamaha) who will start sixth. The Suzukis of the Spaniards Álex Rins and Joan Mir will start seventh and eighth in this Sunday’s race.

Read:  Arón Canet, operated on for the radio fracture suffered at the Portuguese Grand Prix