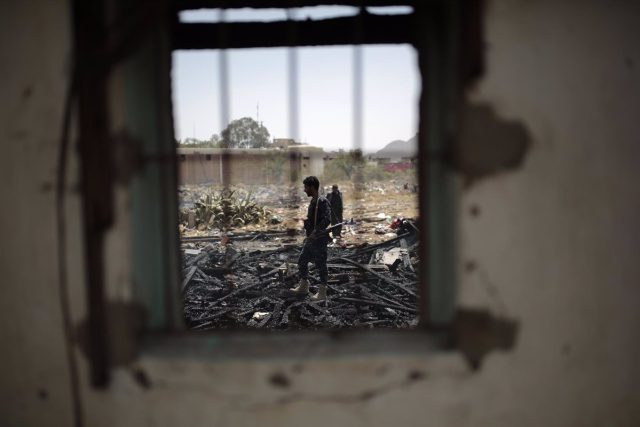 The two-month truce agreed by the warring parties in Yemen entered into force this Saturday at 7:00 p.m. (local time, one hour less in mainland Spain), as reported by the UN special envoy for Yemen, Hans Grundberg. .

“The two-month truce began at 7:00 p.m. tonight. As of tonight, all military ground, air and naval offensive operations must cease,” Grunderg said in an official statement.

In addition, Grundberg stressed that “the success of this initiative will depend on the commitment of the warring parties to the application of the truce agreement and its complementary humanitarian measures.”

The mediator also appeals that “the goodwill that we have seen on all sides in public translates into a long-term de-escalation of inflammatory rhetoric and hate speech.”

The agreement reached includes the entry of 18 ships with fuel in the strategic port of Hodeida and two weekly commercial flights to and from the airport of the capital, Sanaa, controlled by the Houthi militias. It also provides for contacts between the parties to open the roads to improve the freedom of movement of the civilian population.

“My heartfelt congratulations to all Yemenis on the start of the holy month of Ramadan. I hope that the establishment of this truce gives Yemenis the option to celebrate the holy month in peace, security and tranquility,” Grundberg said.

Read:  Peru's Prime Minister puts his post at the disposal of President Castillo for "personal reasons".

The war in Yemen pits the internationally recognized government, led by President Abdo Rabbu Mansur Hadi, and supported by an international coalition led by Saudi Arabia, against the Iranian-backed Houthis, who control Sana’a and parts of northern and western Yemen. country.

The conflict has worsened on several fronts in recent months despite international mediation efforts, in a war that has caused what is the world’s largest humanitarian crisis.