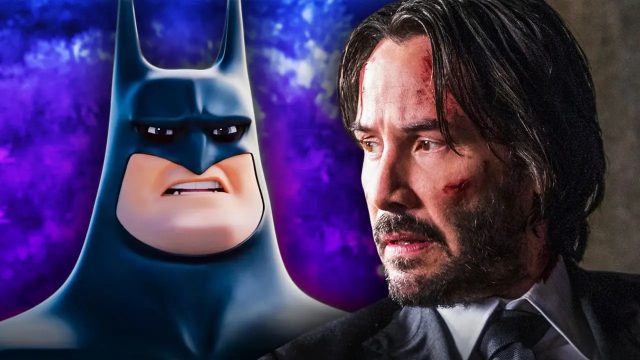 A new trailer for the “Batman” animation, from the DC League of Super-Pets, shows us, for the first time, what Keanu Reeves’ voice sounds like in the role of Bruce Wayne.

Moreover, we also learn from the trailer that the animation will introduce a new character, in the “person” of a dog named Ace the Bat-Hound.

As far as we know, the “DC League of Super-Pets” will put in the spotlight the superheroes that matter, more precisely the non-human companions in the Justice League. Dwayne Johnson and Kevin Hart provide voices for Krypto the Superdog and Ace the Bat-Hound, Superman (John Krasinski) and Batman (Keanu Reeves), respectively.

The DC League of Super-Pets has been running since 2018, and although it was originally scheduled to premiere in 2021, it has been rescheduled for this year, for obvious reasons.

Batman has been played over time by many actors, so introducing Keanu Reeves to the world of Gotham had become a matter of time.

At the same time, last weekend marked the official release in cinemas of the new film “The Batman”, in which we can see Robert Pattinson, in the lead role. And if Pattinson’s Batman isn’t as “brilliant” as we’d expect, Keanu Reeves’ animated character could mean a return to old “values,” even if not necessarily as expected.

Read:  Russia is close to an incredible decision: what could happen to foreign factories

From what we can see in the trailer (which you can see below), the new film is meant to be a parody (among other things), giving the feeling that, although quite “dark”, Batman is, after all, just a man .