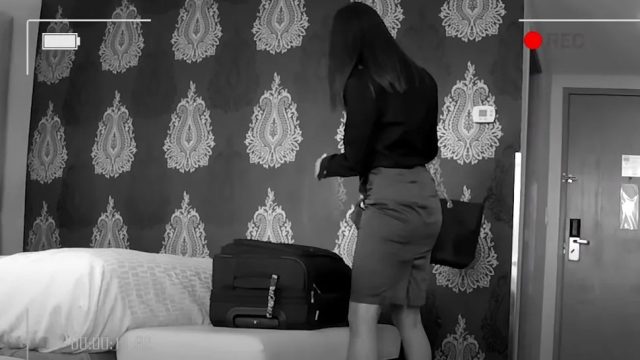 Incidents in which hidden rooms have been discovered in hotels, bathrooms or rented apartments are countless.

There are many models of hidden cameras today, “disguised” as pens, hangers or fake electronic chargers. If you don’t believe us, you can do a search on the eMAG site using the phrase “hidden camera”.

Here’s a list of 10 places and things to look for when you move to a new place to discover possible spyware.

1. Ventilation / heating system grilles. In places where you are staying, it doesn’t hurt to take a close look at what is hidden in the tubes of the ventilation or ventilation systems. An electrician has been sentenced to prison after secretly filming a 14-year-old girl with an iPhone hidden in a vent. You can take a quick look using your phone’s flashlight.

2. Fake plugs and chargers. A restaurant manager was fired after filming his changing colleagues in the locker room for a year. The device that included the hidden camera looked like a telephone charger.

3. Office clocks. These objects do not attract attention because they are common in hotels or rooms available for rent. If the face of the watch is facing the bed, then the device should be carefully examined. There are even smart models that can be controlled remotely via a smartphone.

4. Smoke detectors. These devices are often used for undercover filming. There are even spy cameras that look like these devices.

5. Spy pens. Fake pens, equipped with cameras, have long been preferred by perverts. There are models that cost very little, capable of filming videos that are tens of minutes long.

6. Hangers and hangers. Strange as it may seem, there are countless models of such devices that include cameras. A hook, SkyTech brand, with motion detector, costs 148 lei at eMAG. Florida police have called on citizens to pay attention to the public restrooms they use as hidden video cameras are on the rise. One of the most popular models is the video camera hidden in the hanger.

Read:  Elon Musk is taking a break from buying Twitter for fear of a large number of fake accounts

7. ATMs. To find out the PIN codes of the bank’s customers, as well as the card details, the criminals set up hidden cameras near the ATMs.

8. Mirrors and photo frames. Such devices that include spy cameras can be found in many online stores.

9. Light bulbs. Spy camera gadget makers have no shortage of ideas. Smart bulbs have appeared on the market, including surveillance cameras, speakers and microphones.

10. Plush animals. There are hidden cameras in the market for toys of this kind so that parents can see what their children are doing at home, without them knowing that they are being watched. The sensor is mounted in one of the animal’s eyes. These toys are also used by perverts to surprise their victims.