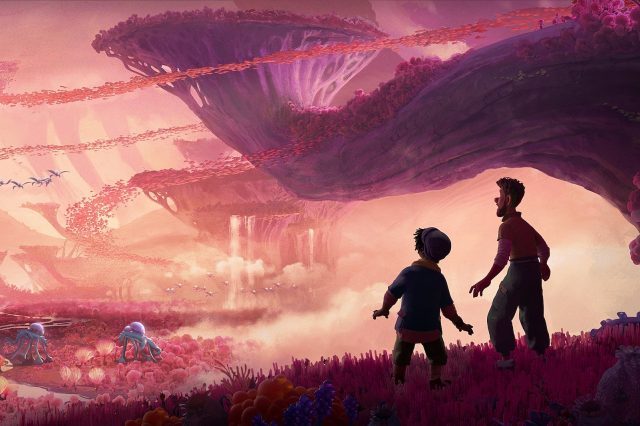 The story of the animated film revolves around a very determined explorer named Searcher Clade, who will be completed by the voice of Oscar-nominated actor Jake Gyllenhaal (who you saw, among other things, in Spider-Man: Far From Home) . Arriving in a new and rather strange world, in which they roam creatures of all kinds, Searcher and his family must fulfill a crucial mission, although the differences between them threaten to separate them.

The film is directed by Don Hall and writer Qui Nguyen.

Read:  The most beautiful Christmas cities in the world. Where you can spend your dream holidays

Starting with a rather inspired intro, presented in black and white, just like in the 1950s, for example, a narrator can be heard warning the audience to prepare for a journey “beyond what is possible.” Evolving in the modern style of Disney, Clade’s spaceship arrives in an unexplored world, full of color and inhabited by all sorts of gelatinous creatures. Of course, it doesn’t take long for the family to find themselves in dangerous situations, from which they must escape.

The new animated film will be released immediately after Lightyear, from Disney, which will make its theatrical debut at the end of this month. With Gyllenhaal at the helm, Strange World hopes to break records. This is the actor’s second animated film, after he already borrowed his voice from Jim Prescott, in Spirit Untamed, from DreamWorks, last year.

The rest of the cast has not yet been confirmed, but more information may be revealed at some point before the film is released.

The Strange World animation is scheduled for launch on November 23, 2022.