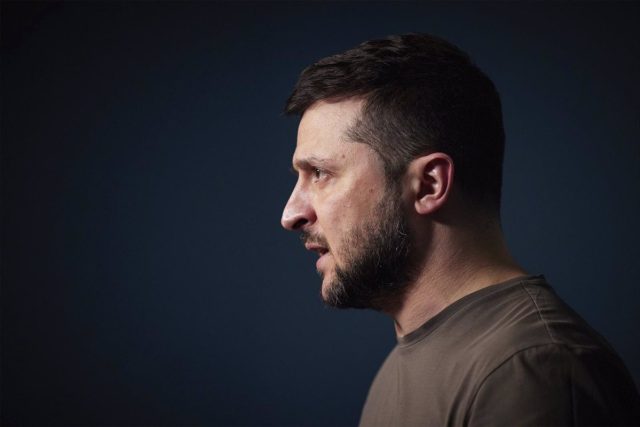 The president of Ukraine, Volodimir Zelensky, has praised the resistance of the Ukrainian soldiers and citizens in the face of Russia’s offensive, whom he has stated has the “second Army in the world”.

Thus, one hundred days after the start of the war in Ukraine –on February 24–, Zelenski has highlighted the fact that Russia has hardly achieved any of the strategic objectives that it had set at the beginning of the offensive.

“During this time, the enemy has not been able to achieve a single strategic objective, but tried to unload its impotence on civilian infrastructure and people,” the president said on his Telegram channel.

Delving into Ukraine’s defensive efforts, Zelensky has sent a message to those who doubted the Ukrainian response capabilities, and has pointed out that even today they continue to give a “dignified rejection” to the invading Russian troops.

“In these 100 days, Ukraine has done what seemed impossible, what many did not want to believe,” the president settled.

Already on Thursday, Zelenski reported that some 125,000 square kilometers of Ukrainian territory are under the control of Russian troops, which represents about 20 percent of the country. Despite the fact that the Russian Army has withdrawn from a third of the occupied places, “about 300,000 square kilometers are mined,” according to the president.

Zelensky also took the opportunity to ask again for defensive support. “We need more weapons for Ukraine, modern weapons that will ensure the superiority of our state against Russia in this war,” he insisted.

Read:  UK Intelligence confirms the burning of several oil depots in the Russian city of Belgorod

VISIT TO THE WOUNDED IN A kyiv HOSPITAL

The Ukrainian president visited the Shalimov National Institute of Surgery and Transplantation this Friday and congratulated the workers of the institution 100 days after the start of the war.

“Thank you for the great journey you have made. At every step of the way you have saved many lives,” Zelensky said, according to the service of the Ukrainian Presidency.

Zelensky took the opportunity to talk to Ukrainian servicemen who have suffered war wounds at the hands of Russian troops and who are receiving treatment at the clinic.

“You are on the same front line as the Army,” he told the doctors. “I hope you are well and I wish the families good health. Thank you for taking care of us,” he said.