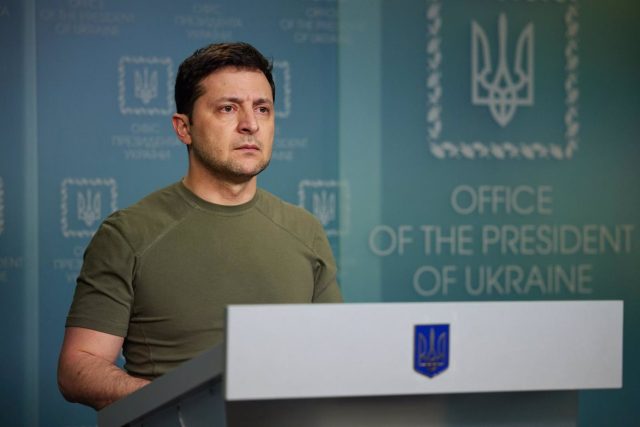 The president of Ukraine, Volodimir Zelensky, signed a document on Monday formally requesting the country’s accession to the European Union, the start of a process that Kiev has asked to speed up in response to the Russian invasion.

Hours after Zelensky called for an “immediate” accession to the EU through a “special” procedure, he stamped his signature on a historic letter, during an act in which the President of Parliament and the Prime Minister, Denis, were also present. Shmihal.

The latter has pointed out that, after years in which the Ukrainians have shown that they are “an integral part” of the European community, “it is time to put it on paper,” according to the UNIAN news agency. Shmihal has also appealed to the “special” procedure to which Zelensky alluded, complicated to put into practice.

Read:  The mayor of kyiv decrees the curfew until Thursday

The receipt of a formal request would activate the processes established by the European Treaties to examine a candidacy, an open process, according to article 49 of the EU Treaty, to any European country that respects the fundamental values ​​of the EU and is committed to promoting them. .

The request must be addressed to the Council who, unanimously, must take the step of requesting an opinion on the candidacy from the European Commission before the final decision returns to the Twenty-seven.

In any case, European sources consulted by Europa Press point out the willingness to evaluate a possible request from Ukraine “very quickly” in the Council to decide if it is appropriate to ask the Community Executive for an “urgent opinion” on the specific case.

Read:  China stresses that Taiwan "is not Ukraine" and accuses the international community of trying to create a "new crisis"

According to EU rules, once a request for membership reaches the Council of the EU, the presidency in turn, in this case France, should inform the rest of the partners and notify the request also to the European Parliament and the national parliaments. Next, the foreign affairs ministers would be in charge of evaluating the case and deciding whether to request the opinion of Brussels.

In the case of the Commission’s opinion, it is a phase that usually requires a period of between fifteen and eighteen months, but European sources point out that it is not a closed period and it can be extended or “significantly shorter” depending on the political considerations.