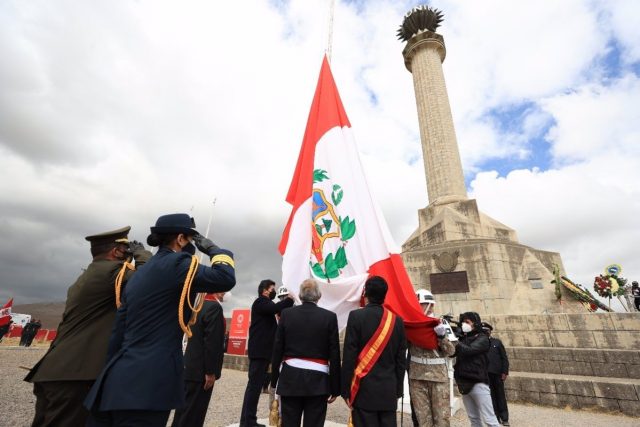 Peruvian President Pedro Castillo criticized Saturday the morale of congressmen pushing for a possible presidential impeachment and charged against these “coup forces,” whom he compared to the Spanish troops who confronted the independence forces at the Battle of Junin in 1824.

Castillo has also raised the call for a “national crusade” to defend democracy and his election at the polls in April 2021 against congressmen of dubious morals.

In addition, Castillo took the opportunity to renew his support to the head of the Cabinet, Aníbal Torres, and stressed the importance of the swearing in on Friday of part of a “renewed cabinet”.

Likewise, Castillo has affirmed that he is willing to make an effort and reach out “one last time” so that the political forces can join this “wave of democracy.” “They cannot bend me. They can’t create ghosts of corruption by weakening and gestating with pamphlets and creating headlines on screens to take me away from my people. They will not do it and I will not allow it too,” he stressed.