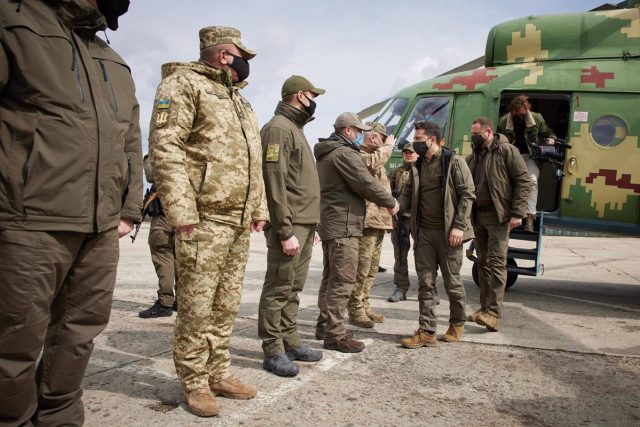 The president of Ukraine, Volodimir Zelenski, has insisted on Monday on the importance of making Ukraine part of the European Union and has asked the bloc to initiate a “special process” that leads to an “immediate” inclusion of the country.

In a message to the nation, the president has called on Brussels to start the procedure and has thanked Europe for the support received during the last week as a result of the Russian invasion of the territory.

“Our goal is to be together with all Europeans and, most importantly, to be on an equal footing,” he said in relation to accession, a process for which Kiev has previously asked the EU for progress, according to information from the Ukrinform news agency.

Zelensky has thanked, however, all his European partners for “being by his side” at this time and has defended that the country deserves to enter the EU: “I am sure that this is fair, that we deserve it and that it’s possible.”

It has also announced the release of those who have participated in the fighting in eastern Ukraine and are in custody, who “will be able to compensate for their guilt” by now defending the country.

The president has emphasized that all those who can join the fight against the invaders “must do so.” “This decision was made, which was not easy from a moral point of view, but it is useful from the point of view of our defense,” he said.

“Under martial law, the fighters, the Ukrainians with real combat experience, will be released,” he explained before clarifying that all the sanctions imposed against members of the Anti-Terrorist Operation (ATO) and the Joint Forces Operation (JFO) in the east they will be withdrawn.”

Read:  Erdogan affirms that the negotiations between Russia and Ukraine have been affected by the massacres in the country

In what is already the fifth day of war, Zelenski has defended that the country’s forces remain “steadfast”. “We have been told for a long time that Ukrainians are this way or that way. (…) Because of this, we often did not realize what we were really capable of, and now we are showing it,” he stressed.

This same Monday, the British newspaper ‘The Times’ has reported that more than 400 mercenaries hired by the Russian government are operating in Kiev with the aim of ending Zelensky’s life.

Said information would have been delivered on Saturday to the Ukrainian government, which hours later ordered a 36-hour curfew in Kiev to clear the city of Russian “saboteurs”.