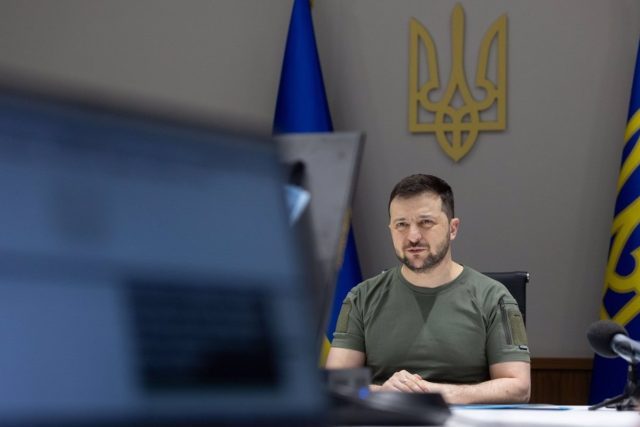 The Ukrainian president, Volodimir Zelensky, announced late Tuesday that the Government of Ukraine is planning the purchase of gas to face the cold of next winter, and has warned that with the war next year will be “the winter most difficult” in the country’s history.

“In the current situation due to Russia’s aggression, this will be the most difficult winter of all the years since independence. But it’s fine. We must go through it so that our people feel the normal work of the state,” the Ukrainian president detailed. in his daily message to the people of Ukraine.

Zelenski has assured that the country must prepare for the coming winter “regardless of what the occupiers plan for themselves”, and has announced that Ukraine will not sell the gas and coal produced in the national territory to be used for the needs of Ukrainian citizenship.

Read:  Moldova prevents Russian forces stationed in the separatist Transnistria region from entering other parts of the country

Likewise, it will guarantee that the gas and electricity rates do not increase in the next heating season, because it has urged the local authorities responsible for the rates to maintain this year’s prices, as it has maintained in its daily statement.

On the other hand, the Ukrainian president has highlighted that his Executive is doing “everything possible” to increase the capacity to export electricity, a fact that will be possible after the recent adhesion to the unified energy network of the European Union and that will serve to for Ukraine to increase its profits and stabilize the energy situation of neighboring countries, thereby reducing sales of Russian energy.

Zelensky has also announced a program to repair thermal power plants, combined heat and power plants, as well as boiler rooms that have been damaged by Russian attacks. “The implementation of this program in the coming months is one of the main tasks of the Ministry of Energy of Ukraine,” he added.

THE EU COULD TAKE “AN IMPORTANT DECISION” IN JUNE

The Ukrainian president has also indicated that the diplomatic activity between the European Union and Ukraine in relation to the accession of the latter to the Twenty-seven “does not stop for a day”.

“Diplomatic activity in this regard does not stop for a day. I listen to daily reports, including on the preparation of procedural decisions in the European Union,” Zelenski detailed, explaining that his Executive had a meeting this Tuesday on the request formal Ukraine to be a candidate for membership of the European Union

In addition, he has assured that the Ukrainian Foreign Ministries and the government team as a whole are working to make “an important historical decision in June”, something for which Ukraine would have done “everything possible”, according to Zelensky.