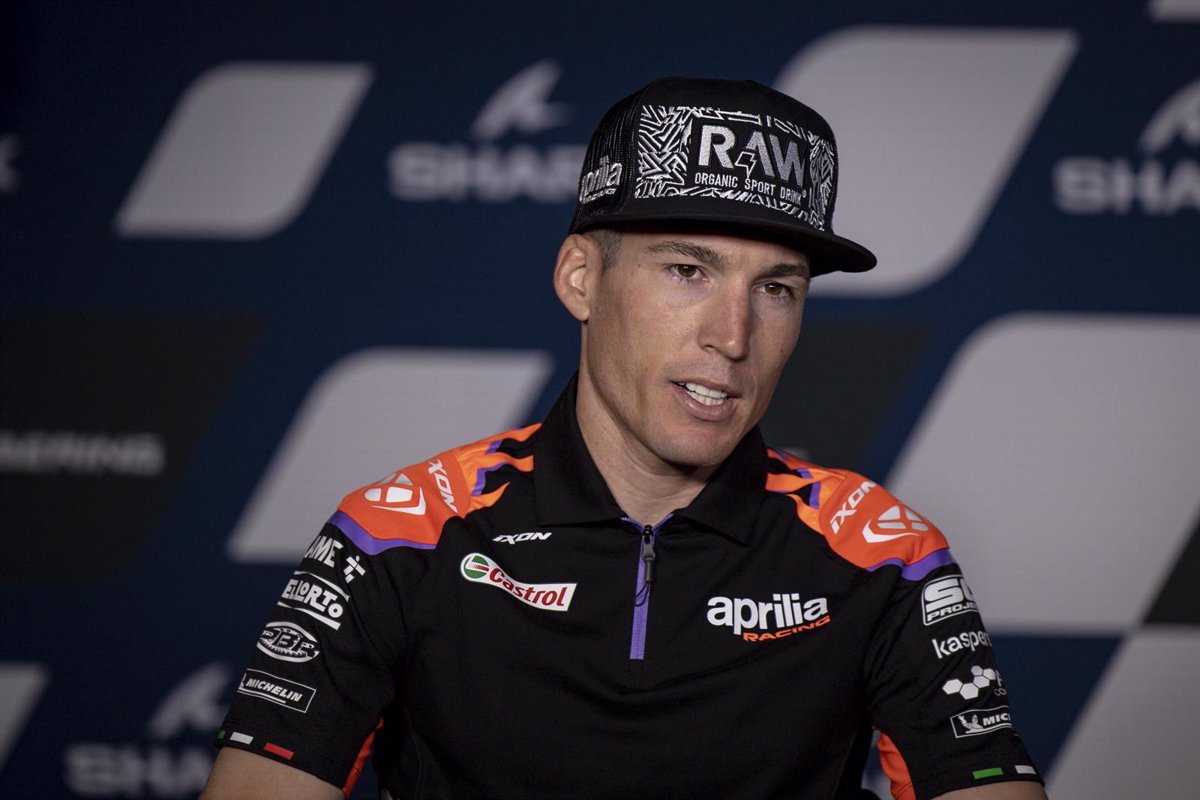 The MotoGP rider Aleix Espargaró (Aprilia) recognized that they have incorporated “many new elements” that “will help them a lot in the rest of the season”, and warned that he considers the German Grand Prix this weekend and the from the Netherlands from the next one because it is the prelude to the break.

“I will use the new fairing, I don’t know if from tomorrow or Saturday, but in Barcelona, ​​Maverick (Viñales) and I, when we were testing it on several occasions, we saw that the bike turned better, especially in the longest corners, the line was better maintained with the bike and we plan to use it from tomorrow’s FP2 or perhaps from FP1”, Espargaró confirmed this Thursday at the press conference prior to the German Grand Prix to be held this weekend at the Sachsenring.

The man from Granollers, who also pointed out that they will test “some electronic elements”, was satisfied with the work done in the test after the Catalan Grand Prix. “Normally I hate Monday tests, but in Barcelona we incorporated a lot of new elements and I think they will help us a lot in the rest of the season,” he said.

Aleix Espargaró recalled that “Germany has always been a good circuit for Aprilia” and for him. “I have been quite competitive in the last few years that I have raced here. Last year I was fast in qualy and in the early stages of the race I was fighting with Marc (Márquez) and when the rain came I lost a lot of time. I still finished two seconds off the podium, which is not bad at all,” he said.

Looking ahead to this year, he believes that with his new bike “it will be a good weekend”. “I’m going to try to work well from FP1, have fun in the ‘qualy’, disconnecting to get a good lap and try to get a new podium here in Germany,” stressed the Catalan.

In the next two weeks, two Grand Prix will be played before reaching the summer break, a critical period for Espargaró. “I have the feeling that these two races are super important. Now I have more than 30 points difference from the third in the championship, but Fabio (Quartararo) has 22 points ahead of us, so I hope that in these two races he will be able to get enough points to be able to enjoy a good summer break”, he assured.

“The first part of the season has been like a dream come true and I will try to fight for the podium here and in Assen to try to have a good summer break, I think I deserve a good vacation this year”, stressed the Catalan .

EURODISNEY AND FORGETTING THE DIET TO OVERCOME THE BARCELONA ERROR

Aleix Espargaró was left off the podium in Catalonia after a serious mistake, as he made a mistake on the lap in which the race ended, an error that has haunted him ever since. “On Sunday I couldn’t sleep, the tests cost me and on Wednesday I was training with the bicycle, what I like the most in life, and I couldn’t stop thinking about the mistake over and over again,” he said.

“I was pissed at myself because I was trying to remind myself that ‘it’s human error’ and ‘it can happen to anyone’, but I couldn’t. Then I decided at the last minute to take a trip to Eurodisney with the kids and family , forget about diet and training and it came in handy,” he explained.

The Spanish pilot has “completely forgotten” the “absurd mistake” of Montmeló. “When you’re fighting for a title like this year, everything becomes more mountainous, bigger, so I hope I can cut points here,” he settled.

In addition, Aleix Espargaró acknowledged that he was “quite pissed off after the race” by his team’s strategy. “I think that during the weekend we had shown that we were going very fast in all the sessions, and in the race I started too conservatively and when I realized it it was too late, because in three laps Fabio gained a distance of three seconds and already I couldn’t catch him,” he lamented.

In any case, the one from Granollers gave it as a “lesson learned”. “Today we had a very long meeting comparing the data to understand how things worked in Barcelona so that it doesn’t happen again,” he concluded.

Alexia Putellas: “We know that there are two or three very exciting years ahead with the national team”