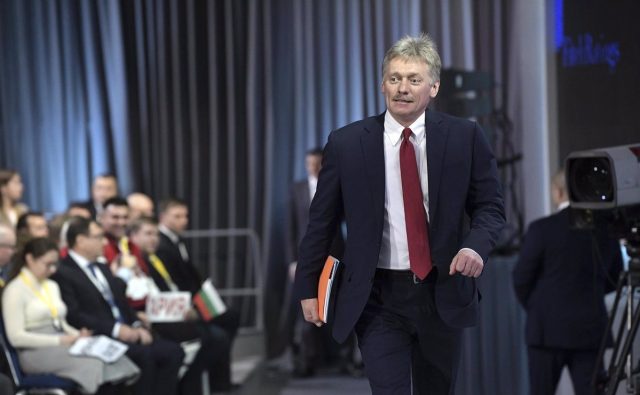 The Kremlin on Monday denied any responsibility of Russia in the massacre of civilians in the Ukrainian city of Bucha, located on the outskirts of the capital, kyiv, and has asked to address the matter “at the international level”, including a request for it to be meet the United Nations Security Council.

“We believe that this matter should be discussed at the highest possible level,” said the spokesman for the Ukrainian Presidency, Dimitri Peskov, who stressed that Moscow’s initiative to deal with the issue in the UN Security Council “has been blocked up”.

“Our diplomats will continue active efforts to put this issue on the agenda of the UN Security Council. The matter is very serious,” he said, before showing his distrust of the videos published from Bucha in which dozens of corpses in the streets of the city.

Thus, he stressed that “this information must be questioned” and added that “the videos cannot be trusted because specialists from the Russian Defense Ministry have identified signs of forgery,” according to the Russian news agency Interfax.

Peskov has also stressed that “the facts and the calendar of events do not speak in favor of the reliability of these documents.” Russia has highlighted that he left the city on March 30, after which the city’s mayor confirmed his “liberation”, without the killings being reported until two days later, which Moscow uses to question the veracity of the accusations.

The press present at the press conference asked Peskov if the journalists present on the ground who have recorded videos and taken photographs have also committed falsifications, something on which the Kremlin has declined to comment. “We talked about the videos that formed the basis of accusations that began to sound,” he has settled.

For his part, the Russian Foreign Minister, Sergei Lavrov, has spoken of a “false attack” and has accused Western countries of speculating on humanitarian issues in Ukraine, in the framework of a meeting with the United Nations Undersecretary General for Foreign Affairs. Humanitarians, Martin Griffiths.

“Another false attack took place the other day in the city of Bucha, in the kyiv region, after Russian military personnel withdrew from the area in line with the plans and agreements reached,” he said, according to the report. Russian news agency TASS.

Read:  The EU denounces the Russian attack on nuclear power plants on the 36th anniversary of the Chernobyl accident

“A few days later, a theater was carried out that was spread through all channels and social networks by Ukrainian representatives and their Western patrons,” said Lavrov, who has redoubled the accusations against kyiv about an alleged propaganda campaign. against Moscow.

Around 340 bodies have been recovered in the city of Bucha since the withdrawal of Russian forces from the town, amid accusations against Russia for its alleged responsibility in the massacres, the newspaper ‘Ukrayinska Pravda’ reported on Monday. citing the local funeral services.

The United States, the European Union (EU) or the United Kingdom have advanced that they are preparing new sanctions against Russia in response to these actions considered by Ukraine as “genocide”. For his part, the UN Secretary General has shown his “shock” and has called for an independent investigation into what happened.

For its part, the Russian Defense Ministry denied on Sunday that its forces had committed war crimes during their occupation of Bucha, now the scene of a possible international investigation after the appearance of images showing civilians executed in its streets.