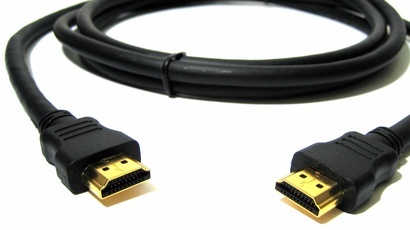 Released in 2022, the HDMI 2.1aa specification set added support for more sophisticated display technologies and increased resolutions, but with some important limitations.

Thus, HDMI 2.1a compatible devices can accept video signal at 8K / 60 fps resolution, 4K / 120Hz and even up to 10K resolution, but only at distances of a few meters. Another issue that buyers may not be aware of is that the HDMI 2.1a specification set comes as a “paper” revision of the original HDMI 2.1 version, which adds a single major innovation, called Source-Based Tone Mapping. SBTM). This allows manufacturers to mark old cables as HDMI 2.1a without making any changes to the marketed product. Related to HDR technology, SBTM does not indicate an independent standard, but rather a solution for automatically calibrating the displayed colors according to the specifics of the displayed content, relieving the user of the task of manually applying the relevant settings for viewing HDR content. Other usage scenarios involve the use of mixed content, such as overlaying black and white text over an HDR video stream.

Adding to the general confusion, the organization responsible for managing HDMI standards also announces that since the launch of HDMI 2.1, the old HDMI 2.0 standard no longer exists de facto, all devices being updated for “on paper” for the new 2.1 standard.

The good news from HDMI Forum is that most game consoles, set-top-box devices and even TVs that are already HDMI 2.1 compatible can be upgraded to version 2.1a with a simple firmware revision, thus improving the viewing experience.

Reaching the revised HDMI 2.1a format, the changes aim to introduce a new video signal modulation system called Fixed Rate Link (FRL). This allows additional bandwidth to be increased, but also adds to the compatibility requirements with the devices used. Another novelty is the official support of the HDMI Cable Power function, eliminating the need to purchase much more expensive cables with a dedicated device for amplifying the video signal.

Read:  Google confirmed the Pixel 7 series, but did not talk about the internal hardware