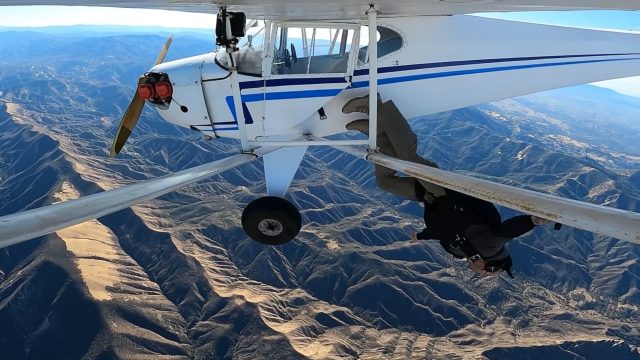 In the fall of last year, Trevor Jacob, YouTuber and Olympic snowboarding champion, was filmed jumping from the plane he was flying, which apparently broke down in flight. He made a complete clip in which he presented the takeoff, the flight, the abandonment of the plane and the way in which he managed to save himself. However, since the release of the original video, there have been doubts about the veracity of the plane’s crash, and an investigation by the FAA (Federal Aviation Administration) has concluded that Jacob staged the plane’s crash and crash to gather views on his YouTube channel. .

US authorities have concluded that the YouTuber intentionally crashed his plane

According to the investigation of the last few months, Trevor Jacob would not have acted as he should have in such a situation. In addition to the fact that he had cameras located in multiple areas of the plane, in order to capture as much as possible a possible crash, and that he jumped from the plane with a camera in his hand, still filming the falling plane, there were other reasons for suspicion. First of all, he did not try to restart the plane’s engine according to the procedures, nor did he look for a good area for forced landing. He also flew all the time with a parachute in his back, something that is not common for an airplane pilot.

Read:  iPad Pro 2022 could be launched with M2 processor and MagSafe charging

As a result, the FAA revoked Trevor Jacob’s pilot’s license because he flew “in a careless and careless manner that could have endangered the lives or property of others.” This decision was made on April 11, and Jacob has the obligation to hand over his pilot’s license to the authorities. However, it seems that he will not suffer other legal repercussions, civil or criminal. The FAA does not have the right to sue a pilot who does not comply with the US flight regulations, and in the absence of a complaint from an injured party, he will not be able to be charged with anything.

Read:  Which is the best hard drive to buy in 2022. A Seagate model defies all expectations

However, if he does not hand over his patent, he may have legal issues. He should also pay a fine of $ 1,644 a day for each day he retains the patent revoked by the FAA.