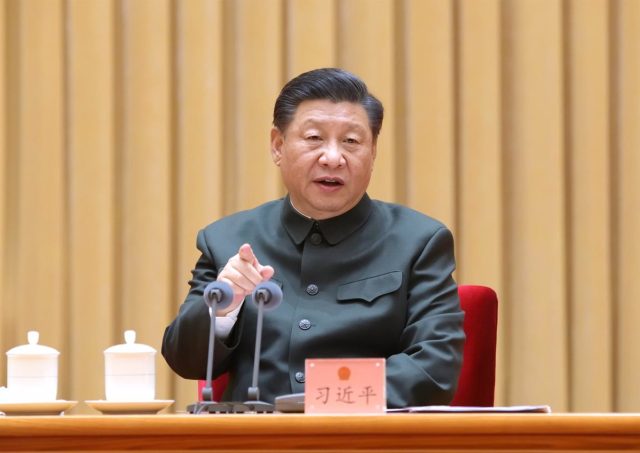 The President of China, Xi Jinping, held a videoconference meeting on Wednesday with the United Nations High Commissioner for Human Rights, Michelle Bachelet, in which he defended Beijing’s work in defense of Human Rights in the Asian giant. .

According to a statement published by the Chinese Foreign Ministry through its website, Xi stressed that the Communist Party of China (CPC) and the Government are committed to protecting Human Rights and seeking the happiness of the population.

In this sense, he has emphasized that the PCCh has worked since it was founded more than a century ago to “benefit the interests of the people”, a day after the authorities of the Xinjiang region affirmed that they have “nothing to hide” Bachelet, who is on an official visit to China.

Xi has reiterated that human rights issues cannot be addressed as “a perfect utopia” and has stressed that countries do not need “lessons”, for which he has demanded that these issues “not be politicized and used as a tool to apply double standards or interfere in the internal affairs of countries”.

Thus, he has pointed out that the authorities of the countries have to develop Human Rights “as a result of national realities and the needs of the population” and has spoken out against “blindly copying” the models of other countries, ignoring “the situation on the ground”, which could have “disastrous consequences”.

In this line, he has opted for a “holistic posture” and for “a development of higher quality, efficiency, equality, sustainability and security”, as well as improving international governance mechanisms on Human Rights, which he has described as “a cause common to humanity that requires the efforts of all”.

The Chinese president has also outlined during the videoconference that China has found a “path” for the development of Human Rights “after decades of efforts” and has emphasized that the population now has “more extensive democratic rights”. “The human rights of the Chinese population are guaranteed like never before,” he stressed.

Likewise, he has stated that “nobody can claim to be perfect” in this matter and has recognized that “there is room for improvement”, while defending that Beijing is willing to maintain a dialogue on this matter if it is based on equality and the mutual right to “reduce differences” and move the situation forward globally.

Read:  At least three dead in a knife attack in central Israel

For this reason, he has advocated “putting people at the forefront” of concerns and has argued that the population must be able to participate and contribute to the development of Human Rights, before demanding that the “different paths of countries” to achieve these goals and say that “Human Rights have specific historical contexts”.

The Chinese Foreign Minister, Wang Yi, met with Bachelet on Monday and said he trusts that the visit will help to dispel “lies and rumors about the situation of Human Rights in China”, although in recent days international media have published leaked data on persecution of Uyghurs in Xinjiang.

Bachelet is in the country for a visit that will last until May 28 and in which she plans to meet with senior officials and representatives of civil society. The trip to Xinjiang is one of Bachelet’s priorities, given that the region is a recurring source of criticism against the Chinese government in the international arena.