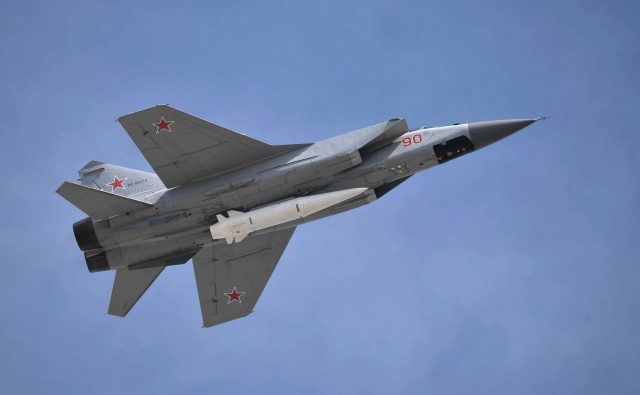 Russia has announced that it is sending MiG-31K aircraft equipped with Kh-47M2 Kinzhal hypersonic missiles to the Kaliningrad exclave surrounded by NATO member states.

The Kinzhal (NATO codename: Killjoy) is an air-to-ground missile capable of carrying nuclear warheads as well. It can hit targets up to 2,000 km away and reach a speed of 12,000 km/h, according to Military-today.com.

The missile can be launched from two platforms, Tupolev Tu-22M3 strategic bombers or MiG-31K interceptors.

Read:  MediaTek processors will also be produced in Intel factories

The weapon is relatively new and entered active service in December 2017. As with the Su-57 radar-invisible aircraft, Russia is believed to have few such missiles. Their manufacture is now much more difficult due to Western sanctions.

The hypersonic missile has recently been used to attack targets in Ukraine, and has reportedly been used in the Syrian civil war as well. So far, these weapons are almost impossible to intercept because of the very high speeds they can reach.

No other information is known about the Russian missile. It could also be a much weaker weapon in reality, like others that Putin has boasted about, but which have disappointed in Ukraine. Examples are the Su-35 aircraft or the Tigr armoured vehicle.

Read:  Google Translate is no longer available in China