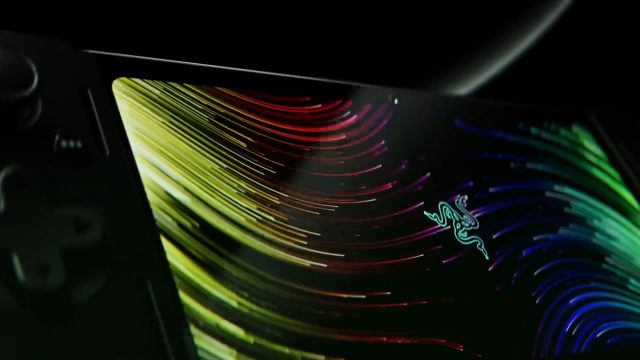 Gamers are experiencing a real revolution in handheld gaming devices after a good while Nintendo dominated the space. The Switch range of consoles are still the most popular, but companies that haven’t traditionally been active in this space are also starting to develop new solutions. After Logitech, one of the largest PC peripheral manufacturers, and Razer, one of its direct competitors is announcing such a device, the Razer Edge 5G, but it could be significantly more powerful and equipped with a component missing from the new G Cloud.

Razer and US telecom operator Verizon, have announced that they are working on a portable console called the Razer Edge 5G. As the name suggests, this console will be equipped with a 5G modem and antennas, which will allow streaming of games from cloud platforms from anywhere there is a network signal (most likely on Verizon). This would be the major advantage over the Logitech G Cloud, as the two platforms are otherwise similar, using Android as the software base.

BREAKING: @Verizon, @Razer and @Qualcomm are teaming up on the world’s first 5G mobile gaming handheld-Razer Edge 5G! It will allow you to play your favorite games regardless of whether you are gaming in the cloud, on an app or streaming from your console. https://t.co/TYPw5xFyeF pic.twitter.com/F9Vg3CfABl

ANOTHER major advantage, however, could be performance. While the Logitech G Cloud is equipped with a not-so-gaming-friendly chipset, Qualcomm’s Snapdragon 720, Razer will adopt a gaming solution announced almost a year ago that we haven’t seen in any other device so far: Snapdragon G3X Gen 1. This is a high-performance chipset for mobile platforms, optimized specifically for gaming. So even the most complex Android games will run smoothly on Razer’s device.

Read:  With the new electric grills you cook like a Masterchef BBQ even in the block kitchen! (P)

At the moment, we don’t have a clear picture with the device, nor full details about its hardware capabilities, or the price at which it will be sold. Already the Logitech G Cloud at $350 is considered “too expensive” for a streaming device, and Razer’s certainly won’t be cheap, given the hardware specs. The official unveiling of the Razer Edge 5G will take place on October 15 at Razercon.