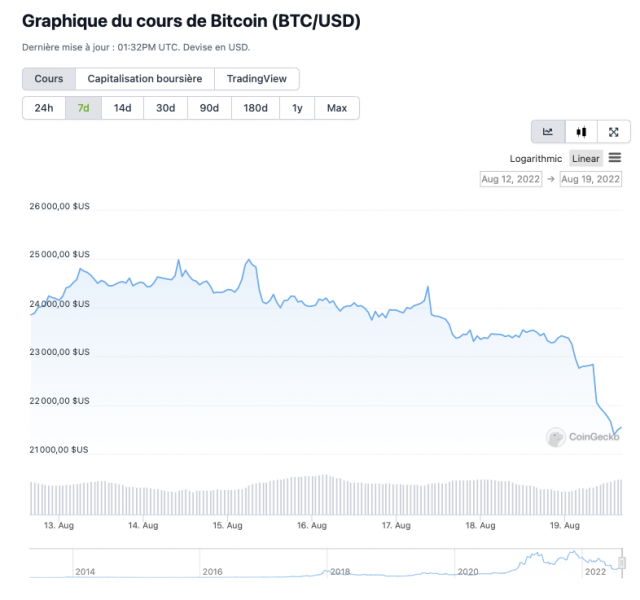 Bitcoin continued its bearish price action for the third straight day, with the leading crypto-currency dropping to a weekly low of $21,814 today, according to data from coingecko. 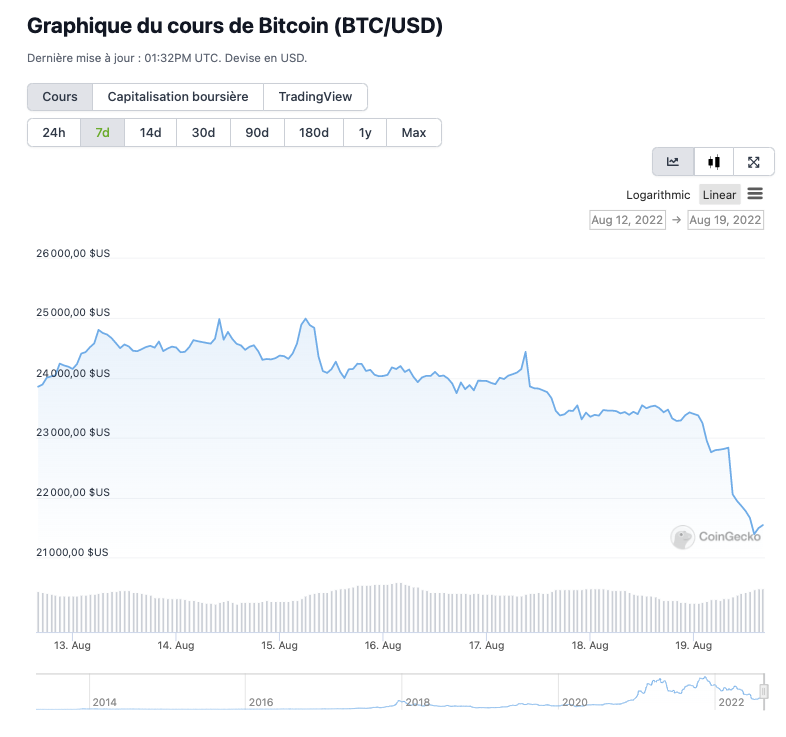 After a brief recovery, bitcoin is now changing hands at around $21,785 a pop, down 6.9 percent on the day despite a 7.69 percent jump in daily trading volumes.

Bitcoin’s market capitalization has more than halved from $1.27 trillion last November to less than $417 billion today. 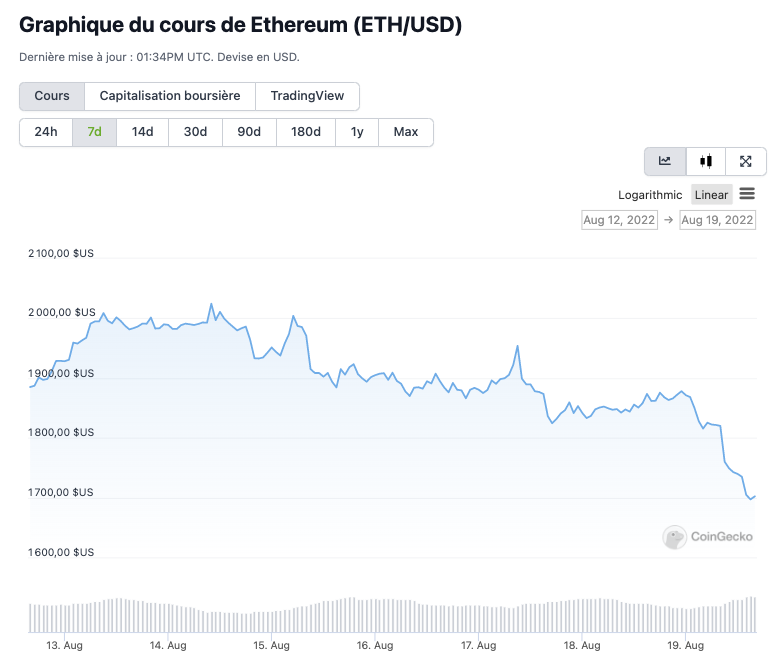 Amid the bearish price action, more than $537 million from 156,155 traders has been liquidated in the crypto market in the past 24 hours, suggests data from Coinglass.

Bitcoin led the liquidations with $201.3 million, followed by Ethereum with $132.7 million over the same period.

The vast majority of liquidations for the two major crypto-currencies came from exhausted long positions.

Bitcoin and ethereum react to the Fed

The bearish price action in the market is likely related to the Fed’s expected rate hike next month and reduced DeFi activity.

Both confirmed that rates could be raised as long as rising inflation is kept in check.

User activity on all DeFi apps on Ethereum has also been negative over the past week, following concerns about the upcoming merger event.

According to data from Dune Analytics, trading volume on decentralized exchanges (DEX) has dropped 34% in the past 24 hours.

According to DefiLlama data, total blocked value (TVL) across all blockchains has dropped by more than 3.75% in the last 24 hours, indicating reduced user interest in DeFi.