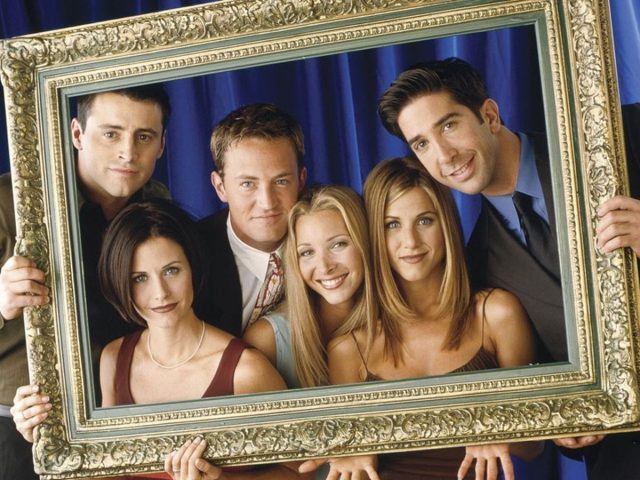 Nearly two decades after the end of Friends, the six major cast members seem to have some thoughts on what might have happened to their characters if the show had continued today and possibly turned into something like Young and the Restless.

During the 2021 Friends reunion on HBO Max, the cast gathered together to share behind-the-scenes secrets, confirm rumors and reminisce about some of the most iconic aspects of the 1990s sitcom.

Season 10 of Friends featured a largely satisfying finale for the main characters, which included a long-awaited reconciliation between Ross and Rachel. After 10 years, Ross and Rachel finally got back together, and this moment was marked by Rachel getting off the plane that was supposed to fly to Paris, and she choosing to stay in New York.

Meanwhile, Monica and Chandler said goodbye to their Friends flagship apartment and moved their son and daughter to the suburbs.

While Joey was preparing to move to LA to pursue his acting career, Phoebe and her new husband Mike (Paul Rudd) thought it might not hurt to have children of their own in the future.

Traditionally, the sitcom ended with the main characters going downstairs for a last coffee at Central Perk.

When asked what life would be like for characters Rachel, Ross, Monica, Chandler, Phoebe and Joey in 2021, Friends cast members Jennifer Aniston, David Schwimmer, Courteney Cox, Matthew Perry, Lisa Kudrow and Matt LeBlanc each had perfect answers tailored to their characters.

To be fair, the Friends spinoff Joey had already offered some hints about the future of LeBlanc’s character beforehand – the show failed to capture either audiences or critics, however.

After becoming famous for her role as Rachel Green, Jennifer Aniston stated that her character and Ross should have married after the end of season 10. Aniston also mentioned that she is convinced that Rachel and Ross would have more children in the future, in addition to Ben (played by Cole Sprouse), Ross’ child from their first marriage, and their daughter Emma, who was born in season 8 of Friends.

Read:  Kevin Smith defends Marvel and DC and responds after three years to Martin Scorsese: "he's a man of a certain age"

And, because the two actors had somewhat intertwined roles, and David Schwimmer thinks Ross and Rachel should have had many children in later years. Plus, according to the actor, his character would have continued to be, even to this day, extremely passionate about paleontology, still working at the museum.

Instead of discussing how many children Monica and Chandler might have adopted, Courteney Cox debated more about how her character’s personality would change or stay the same, it being known that Monica was, in truth, an extremely “vicious” woman, slightly obsessive even.

As Ross’s younger sister, Monica was known on the show to be particularly competitive with those around her, with Cox suggesting that this would become even more apparent as Monica learned how to be a mother to Jack and Erica Bing. Since Jack and Erica would have been about 17 and still in high school in 2021, the actress who played Monica on Friends believes her character would have continued to do her job as a chef, trying to control absolutely everything around her in parallel.

Although Perry didn’t reveal much about where he thought Chandler Bing would be today, he first made sure “Monica” included his character in her assessment of the couple’s future.

After getting a nudge from Perry during the Friends reunion, Cox explained that Chandler still makes Monica laugh every day, suggesting that the pair are still happily married while raising their two children. If we remember correctly, in season 10 of Friends at the end, Chandler got a full-time job at an advertising company, which he probably stayed at, climbing the ladder in the meantime – or so we hope.

Read:  VIDEO Another Dracula film on the horizon. What we know about House of Darkness, when you can see it

The actress who played Phoebe Buffay, Lisa Kudrow, believes the cute blonde from Friends is still married to her husband Mike Hannigan, played by Paul Rudd. Kudrow also hinted that she and Mike live in Connecticut and have a couple of kids, which is meant to complement Mike’s suggestion at the end of the Friends finale. The character can be heard saying at one point, “I think we should do one of these.”

Staying true to the villain, the actress believes that Phoebe generally fights for her children, but also for others who are “just a little bit different” from others like herself. Expanding on this prediction, Kudrow believes Phoebe would later create an art and music program at her children’s school in Connecticut, which likely included teaching guitar chords along with the lyrics to the famous Friends song “Smelly Cat.”

We already know that Joey Tribbiani has moved to Los Angeles, California to continue his acting career in the Friends spin-off, Joey. When asked, Matt LeBlanc said the character now most likely owns a sandwich shop in Venice Beach.

While the fate of the other Friends characters has remained somewhat “fishtailing,” forcing us to imagine how they evolved over the years, the season-long spinoff in which LeBlanc played revealed some details about what might have happened to Joey Tribbiani after his good friends married and started families.

However, LeBlanc’s idea that Joey might have opened a sandwich shop suggests that his character is no longer an actor today, but has turned his love of sandwiches into a career from which he could eventually earn some money.