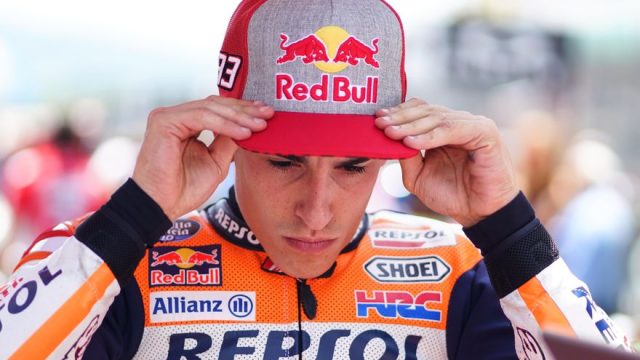 Marc Márquez has announced that he is ending his season because he suffers from diplopia, a visual disturbance. “The examination carried out on Marc Márquez after the trauma that occurred has confirmed that the pilot has diplopia and has revealed a paralysis of the fourth right nerve with involvement of the right superior oblique muscle” reported the doctor Sánchez Dalmau of the Hospital Clinic of Barcelona, as reported by the pilot himself. This pathology already had him five months off 10 years ago.

But what is diplopia? It is a visual alteration that consists of the perception of double vision. The double vision It can be of different types and can be caused by various causes, some of them more serious than others, explains the Institut Català de la Retina. Therefore, when presenting the symptom, it is necessary to go to an urgent review. Strabismus, uncorrected refraction problems, cataracts, retinal diseases or some muscular and neurological alterations are some of the causes that can cause them.

This can be horizontal, diagonal, or oblique, depending on how the images appear (above, to the side, or below the object). Also, it can affect both eyes (binocular), which is the most common type and occurs when the eyes do not align with each other correctlyor to only one (monocular), which is rare and is related to an abnormality of the eyesuch as astigmatism or a type of cataract.

As far as its treatment is concerned, the Institut Català de la Retina explains that only surgery is usually used to correct diplopia or double vision when the pathology or diplopia itself cannot be treated with prismatic correction. Prisms are crystals that are applied to glasses and help to displace the image that produces double vision. When this resource cannot be used because the deviation is very large or the patient does not adapt to the prism, it is possible to carry out the administration of botulinum toxin and/or surgery depending on each patient and their pathology.