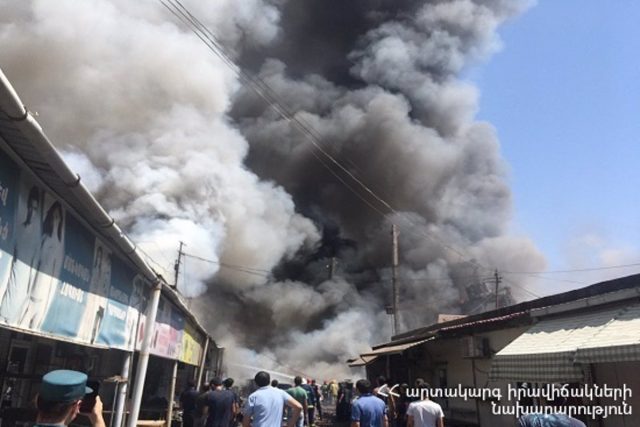 At least six people have been killed and 16 remain missing in an explosion that occurred Sunday at a pyrotechnics warehouse inside a wholesale market in Armenia’s capital Yerevan, according to the balance sheet updated Monday by authorities.

Following the incident, 61 people were taken to hospitals and, of them, 21 remained hospitalized Monday morning, although their lives were apparently not in danger, Armenpress reports.

The explosion occurred on Sunday at around 13.20 local time (two hours less in mainland Spain) and caused severe damage to the Surmalu market, according to the National Crisis Management Center.

Read:  Khamenei announces amnesties and sentence reductions for more than 1,000 convicts on the occasion of the end of Ramadan

Firefighting and search operations are ongoing. 185 rescuers involved in search and firefighting operations, as well as about twenty water tankers, a dozen trucks, five tractors, three cranes and seven additional teams from the municipality have been working at the scene during the night.