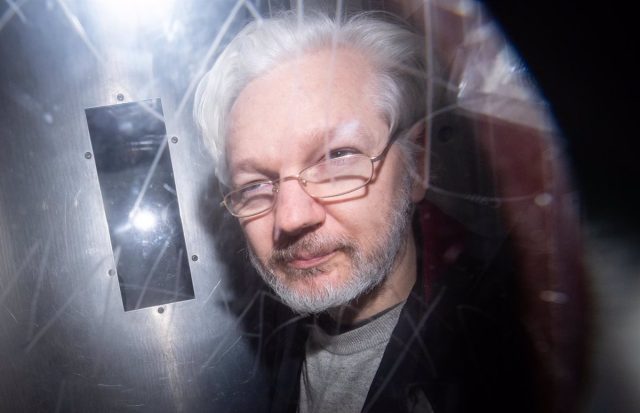 The founder of Wikileaks, Julian Assange, has achieved a victory on Monday in the judicial process on his extradition to the United States by obtaining the right to appeal against this decision before the Supreme Court of the United Kingdom.

However, Assange has not received permission to file a direct appeal, which means that the Supreme Court will have to rule on whether he agrees to hear the appeal, as reported by the British television channel Sky News.

Had he lost the right to appeal, the case would have gone directly to Home Secretary Priti Patel for a final decision on his extradition. However, the right has been granted because it is a matter of “general public importance”.

His legal team, headed by the former magistrate of the National High Court Baltasar Garzón, has celebrated the court’s decision. “This is good news,” Assange’s international defense said in a statement.

“The guarantees offered by the United States (…) will probably have to be analyzed by the Supreme Court,” the team said in statements to the Sputnik news agency.

For her part, Assange’s fiancée, Stella Morris, has indicated that “the court has accepted his arguments, which cast doubt on whether it was fair” to extradite him. “Today we have won”, she has asserted before insisting that he must be released.

The decision has been made public about two weeks after a British court rejected for health reasons the request of the United States to extradite the founder of Wikileaks, accused of espionage by the North American authorities for disseminating thousands of official and secret documents to through your portal.

Assange is currently detained in Belmarsh maximum security prison, in southeast London, “almost in total isolation”, according to the judge. The defense has already been warning that his health has seriously deteriorated in recent years, the victim of a chain of accusations that originate from the documents leaked in 2010.

RSF AND IFJ APPLAUD THE DECISION

The organization Reporters Without Borders (RSF) has applauded the decision of the British court and has indicated that it is a “step in the right direction”. The director of RSF’s headquarters in the United Kingdom, Rebecca Vincent, has stated that, however, it is still “not enough”.

The representative has in turn clarified that the case has a “historical significance” that “will influence journalism in the United Kingdom, the United States and the rest of the world. For its part, the International Federation of Journalists (IFJ) has expressed its ” joy” for the decision.

“We constantly demand Assange’s immediate release in the name of press freedom,” they stressed in a statement.

In this sense, Massimo Moratti, from Amnesty International (AI), has expressed that there are still concerns regarding his possible extradition to the United States. “Torture and other ill-treatment, including prolonged solitary confinement, are key features of life for many people in US federal prisons, including those incarcerated on charges similar to Assange’s,” he said.

“The prohibition of torture and other ill-treatment is absolute and cannot be fulfilled with simple promises from a State that it will not abuse people. (…) We now hope that the court will authorize the appeal on the matter,” he said. .

Willy Rock - October 7, 2022 0
Members of the European Parliament have called for a "effective taxation"of crypto assets and to a "better use of the blockchain" to counter tax...