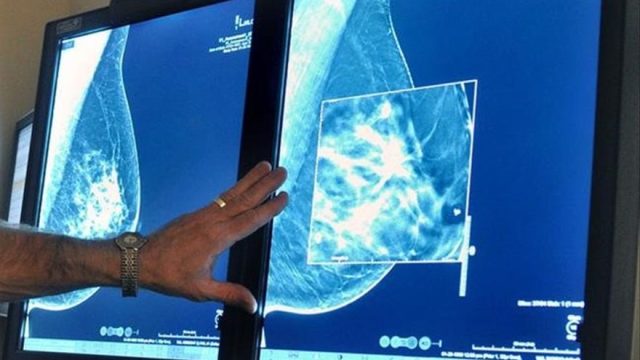 A few days ago, Julia Otero announced the good results of her breast cancer treatment and her forthcoming return to Onda Cero. This morning Ana Rosa Quintana announced on her Telecinco program that she was suffering from the same illness.

The mountain seems so high, my dear @anarosaq . It is, but don’t look at the top: surrender to the small path of each day. Today it seems impossible but time is your ally. Life will pass and return. 💪💜

According to the data shown by the Geicam Group, in 2020 they were diagnosed 34,088 new cases of breast cancer in Spain and the incidence rate is 132 cases per 100,000 inhabitants, that is to say, 1 in 8 women will get this type of cancer. Although it is less frequent, men can also suffer from it. This type of tumor usually appears between the ages of 35 and 80, but the range between 45 and 65 years is the one with the highest incidence.

What is breast cancer?

The breast cancer It is a disease in which breast cells multiply out of control. According to the Spanish Association Against Breast Cancer, malignant tumors they have a uncontrolled growth and can spread through the tissues. Furthermore, they are made up of cells that have undergone genetic alterations and mutations, which allows them to evade the control of the cell division cycle, hide in the immune system and infiltrate surrounding tissues.

The breasts are made up of three main parts: lobules (the glands that produce milk), ducts (which transport milk to the nipple) and the connective tissue (formed by fibrous and adipose tissue and that surrounds all parts of the breast). There are different types of breast cancer, although the most common are infiltrating ductal carcinoma (cancer cells start in the ducts and then multiply in other breast tissues) and infiltrating lobular carcinoma (cancer cells start in the lobules and then they pass to the nearest breast tissues).

The tumor can grow in three ways: the local growth (grows by direct invasion), lymphatic spread (tumor cells invade the network of lymphatic vessels and reach the nodes) and hematogenous spread (through the blood vessels and goes to the bones, lung, liver and skin).

The warning signs of breast cancer are different in each person and, even, none may develop. Some of the symptoms may be: new lump in the breast or in the armpit, swelling in a part of the breast, irritation of the skin, redness or sinking in the nipple area, nipple discharge Y size change or shape of the breast, among others. The appearance of some of these pathologies may be due to other medical conditions, such as fibrocystic disease and cysts.

Anyway, there are some risk factor’s that influence the appearance of the disease, such as the age, having had the menstruation before the age of 12 and a menopause after 55, background personal or family of breast or ovarian cancer, previous treatment with radiotherapy Y genetic mutations in BRCA1 and BRCA2.

The treatment of breast cancer will be determined by different factors, as can be the Stadium of the disease, the cancer subtype of breast and the characteristics of the patient.

According to data from the Spanish Association Against Cancer, the 80% of breast cancers will be localized, which means that the tumor affects the breast and perhaps the armpit, but there is no metastasis. In these cases, the goal is healing and different therapies will be combined that may be surgery, radiotherapy Y systemic therapies (chemotherapy, targeted therapy, biological therapy, endocrine therapy and immunotherapy) and techniques of breast reconstruction.

can be distinguished two types of surgery: the conservative and the mastectomy. The first consists of removal of the tumor with a margin of healthy breast tissue, but keeping the rest of the breast intact. Instead, the modified radical mastectomy is a technique used to remove breast tissue. The radial mastectomy, in disuse, consisted of the removal of the breast, the chest muscles and the lymph nodes located under the arm.

For cases where you already there is metastasis, the treatment will consist of systemic therapies. Although in some cases it is possible to resort to radiotherapy and surgery.

According to the report ‘The figures of cancer 2021’ of the Spanish Society of Medical Oncology (SEOM), breast cancer continues to be the leading cause of death among women in Spain, with more than 6,000 deaths per year. This represents 17% of all cancer deaths in women in our country and 3.3% of all deaths in women.

Although cancer continues to be one of the leading causes of death, survival of patients with breast cancer has increased in recent years thanks to the new treatments available.