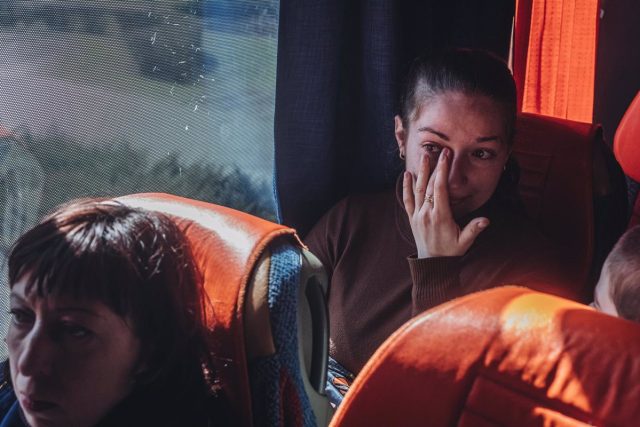 A woman cries after saying goodbye to her husband in the Zaporizhzhia region, Ukraine, on March 28, 2022. – Diego Herrera / Xinhua News / ContactPhoto

The Deputy Prime Minister of Ukraine, Irina Vereshchuk, reported this Saturday that 4,532 people have been evacuated in the last 24 hours through humanitarian corridors from different parts of the country.

Specifically, 3,425 people have arrived in the city of Zaporizhia, under Ukrainian control, by their own means of transport. Of them, 192 come from the besieged city of Mariupol, and 3,233 are residents of cities in the Zaporizhia region such as Berdyansk, Melitopol, Vasilivka or Pologi.

In addition, during the last day, ten humanitarian corridors have been enabled that have managed to evacuate 529 residents of Melitopol, and 578 from various cities in the Lugansk region, in eastern Ukraine, such as Lisichansk, Sievierodonetsk, Mezhove or Popasna.

Vereshchuk has assured that the Russian troops would have blocked several buses that should have carried out evacuation tasks in the cities of Berdyansk, Tokmak, Energodar, all in the Zaporizhia region. Even so, the Ukrainian deputy prime minister has assured that this Sunday the evacuations would be attempted again.

Read:  Russia announces the creation of a "special office" to rebuild the "liberated areas" in Ukraine