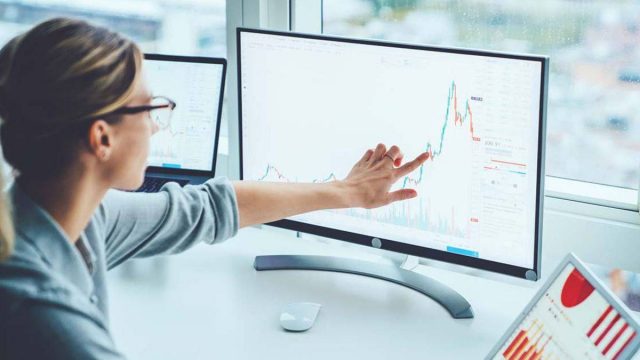 According to CoinGecko GMX jumped to $54.20 in Wednesday trading, up 34.2% on the day. It briefly surpassed $60, falling just a hair’s breadth away from its all-time high of $62.10 recorded earlier this year.

While the fast-growing decentralized exchange has shown its strength in recent months, today’s rally can be attributed to a new listing on the world’s leading crypto-currency exchange, Binance.

In a release on Wednesday Binance revealed that it would list the trading pairs GMX/BTC, GMX/BUSD and GMX/USDT starting today. GMX jumped within minutes of the announcement, proving that Binance’s listing choices still have a big influence on market dynamics.

For several years now, exchanges like Binance and Coinbase have shaken up the markets whenever they list relatively illiquid tokens for trading, often resulting in parabolic upward movements. Listing on an exchange is generally considered good news for token projects, but exchanges have sometimes been criticized for alleged insider trading (since exchange employees tend to be informed of token listings before the public, they can theoretically get ahead of the market by buying assets before they go live). In July, the Department of Justice and the Securities and Exchange Commission charged a former Coinbase employee and two of his associates with alleged insider trading; the former Coinbase employee pleaded not guilty.

GMX is a fast-growing decentralized exchange specializing in perpetual futures. Built on the Ethereum Layer 2 Arbitrum and Avalanche network, it offers DeFi traders up to 30x leverage on BTC, ETH and other assets. According to GMX’s website, it currently has about $741 million in assets under management. GMX was launched towards the end of the cryptocurrency’s bull run in late 2021, but as its popularity grew, the GMX token outperformed most other cryptocurrencies. It took a hit after the June liquidity crisis, bottoming out at around $11.53. Since then, it has jumped more than 370% while other assets like BTC and ETH struggle in a tight range.