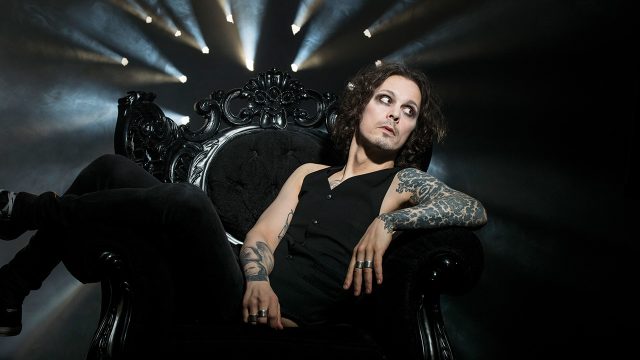 Years have passed since the “disappearance” of the band HIM, on the music market. Gone were the days when all the girls “fell on their heads” at concerts in front of Ville Valo. This seems to have changed, as the artist has returned – this time alone.

VV aka Ville Valo (former soloist of the band HIM) recently released a new song called “Loveletting”, and with it a clip that you can see below, in the footer of this article. The song is part of his upcoming “debut” album “Neon Noir”, which will be released early next year.

Therefore, it would not be excluded that, in the future, you will be able to see Ville Valo again in concert, even in our country. However, you will have to wait until then.

In fact, in case you missed the news, Ville Valo recently announced its 2023 tour, which includes European countries, but other countries such as the United Kingdom or the USA.

Read:  Everything you need to know about HBO Max in Romania: availability, rates, offers, movies

The North American stage of the launch, produced by Live Nation, begins on April 1, 2023 in Philadelphia, at the Theater of Living Arts, with several stops in the United States: in Boston, Phoenix, Los Angeles and many more, before he stopped in New York on May 8, 2023, at Irving Plaza for another grand concert.

Tickets for concerts in European countries have already gone on sale on Monday, April 11th, since tickets for the North American stage appeared online four days later, on Friday, April 15th, on livenation.com. All European tournament dates are listed below.

Where and when will the Ville Valo perform in Europe

Read:  The tens of millions of dollars in Romania with only 1000 employees: how much money do game developers make